The officials said she was paid Rs 50,000 for every successful trip. 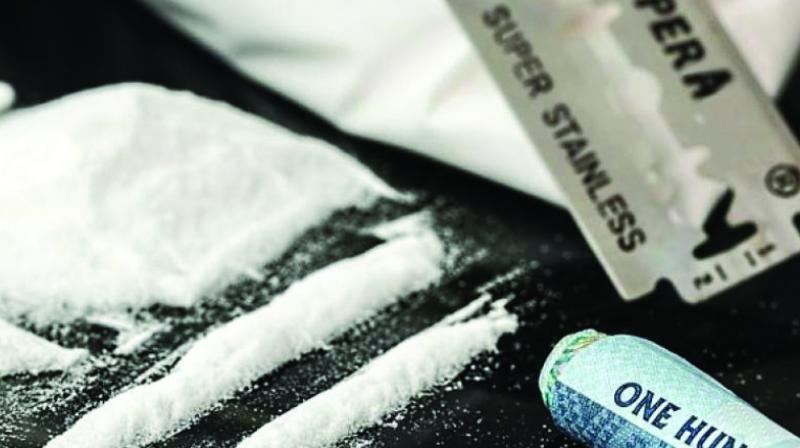 The accused woman is a carrier who has made at least 10 overseas trips in the past two years, allegedly to smuggle drugs.

Mumbai: The Narcotics Control Bureau (NCB) has booked a woman who was apprehended at the Mumbai International Airport for possession of 2.9 kg charas (hash) worth Rs 30 lakh by the Central Industrial Security Force (CISF). The accused was held while trying to smuggle the contraband to Qatar; it was handed over to her at Hyderabad. The accused woman is a carrier who has made at least 10 overseas trips in the past two years, allegedly to smuggle drugs.

The woman, identified as Shabana Begum, 40, stays with her children at Hyderabad. The officials said she was paid Rs 50,000 for every successful trip in addition to return air tickets and money for shopping at the foreign destination.

A NCB officer said, “The woman has been making trips to Gulf countries and the routes taken by her were diverse and different every time. She has flown from several cities in the country to the Gulf.”

NCB officials said that the contraband was given to her at Hyderabad following which she arrived in Mumbai on Saturday. After checking into a hotel and spending a few hours here, Begum was planning to leave for Qatar the same night. She was however intercepted by the CISF and upon checking, the drugs were found inside her luggage bag. Begum claimed that she did this to support herself and her children following separation from her husband. She is now being questioned about her past foreign trips and NCB officials are trying to verify if she also possesses another, forged passport. The investigators said that this wasn’t her first visit to Qatar, either.

NCB has got her custody for a day for further interrogation in the case. The woman has been booked under sections of the Narcotic Drugs and Psychotropic Substances (NDPS) Act.