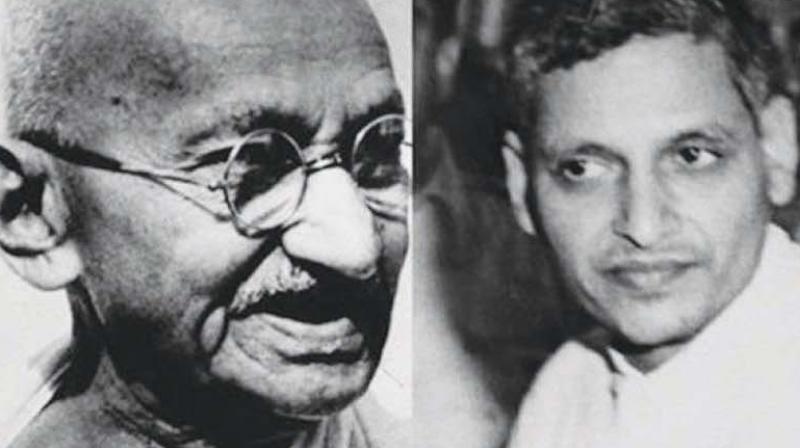 Mumbai: Dr Pankaj Phadnis, a city based researcher and trustee of Abhinav Bharat, believes there is a larger conspiracy surrounding Mahatma Gandhi’s death and is expected to launch an online petition on Monday. The petition is part of his quest to get close to the truth about the Mahatma’s death. Earlier, Dr Phadnis had filed a public interest litigation (PIL) in the Supreme Court (SC), seeking to re-open the probe into Mahatma Gandhi’s murder.

Dr Phadnis has raised several questions in the PIL, including whether the Office of Strategic Services (OSS), an intelligence agency of the United States (US) during the World War II and a predecessor to the current day CIA, attempted to protect Mahatma Gandhi. He has made these claims based on a telegram sent from the US embassy here to Washington on January 30, 1948, after Gandhi’s assassination. One of the reports relating to it still remains classified. His PIL is slated for an October 6 hearing in the apex court. The Asian Age made attempts to get in touch with Mr Phadnis but he could not be reached.

One of the telegrams, “obtained officially” by Dr Phadnis is also part of the records put before the SC. The petitioner obtained it during his recent visit in May this year to the National Archives and Research Administration, Maryland in the US.

Dr Phadnis has maintained that as per the “restricted” telegram of January 30, 1948 sent from the US embassy at 8pm, Herbert Tom Reiner, disbursing officer, was within five feet of Mahatma Gandhi when he was shot, and he apprehended the assassin with the help of the Indian guards.

In his written submission, Dr Phadnis has further stated that Reiner filed a report on reaching the embassy later in the evening. However, even after 70 years, the report remains classified. To get the report declassified, he has filed an application under the Freedom of Information Act (FOIA of USA).

He has been conducting research on the issue since 1996 and will be launching an online petition with the White House on October 2, to demand declassification of Reiner’s third telgram.

He has also called for a probe to ascertain if there was a second assassin present besides Nathuram Godse, and if there was a foreign hand involved in the murder.