Railway Board chief raps bureaucrats for receiving him at airport

Sources said that there were at least 20 high-ranking railway officials that were part of the entourage that went to pick up Mr Lohani. 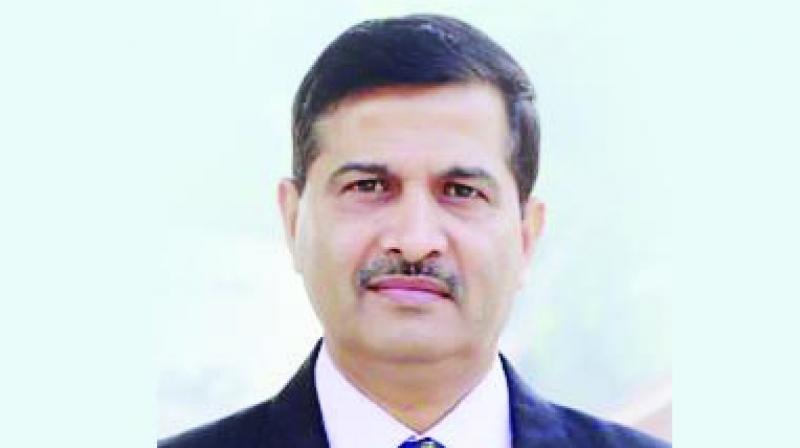 Mumbai: Railway Board chairman Ashwani Lohani plans to take action against railway officials who came to receive him at the airport on Saturday morning instead of handling the crisis after the stampede on the foot overbridge (FOB) between Parel and Elphinstone Road station on Friday morning.

Twenty-three people have died so far in the stampede while 38 others have been injured. Sources said that top ranking railway officials from Western and Central Railways, including general managers, divisional general managers, heads of departments were pulled up by Mr Lohani for coming to the airport.

Mr Lohani, who arrived at the airport from New Delhi at around 10.30 am, was infuriated to see that officials were standing, waiting to receive him.

An official on the condition of anonymity said, “He had categorically asked them not to come to the airport to receive him, given the seriousness of what had happened at Elphinstone.”

The official further added, “Finally, one of the officials said that they came since it was a part of the railway protocol. Mr Lohani said they should refrain from this culture of babugiri. He mentioned that it was because of this kind of behaviour, why the public has begun to develop a negative image of Indian Railways.”

Despite repeated attempts, Mr Lohani was unavailable for comment. Mr Lohani went on to ask for a list of officers who had come to the airport, in order to take action against them. “When he said this, no one said anything and gave him a blank look,” the official said.

“The chairman then went on to say if he is not given the list voluntarily, he will access the CCTV footage from Air India and personally identify each official that came to receive him,” he further added.

Sources said that there were at least 20 high-ranking railway officials that were part of the entourage that went to pick up Mr Lohani.

Mr Lohani had warned that the practice of giving bouquets, gifts and the overall culture of bootlicking would be done away with, when he took over as Railway Board chairman in August of this year.