Supreme Court has imposed ban on Maharashtra, Uttarakhand and MP. 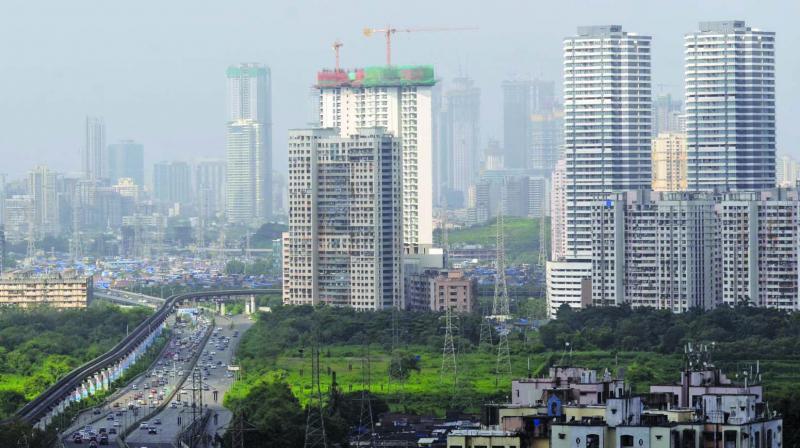 The real estate sector has been limping from the past one year due to major reforms in the market brought by the centre.

Mumbai: The Supreme Court ban on construction activities in Maharashtra will be a major setback for the real estate sector, according to property experts. The sector has shown some signs of recovery recently after the implementation of demonetisation, GST and MahaRERA. The SC has imposed ban on construction activities in three states, including Maharashtra, over failure of solid waste management.

On Friday, the bench led by Justice Madan Lokur imposed the ban after three states namely Maharahstra, Uttara-khand and Madhya Pradesh failed to deal with mounting waste problem and frame a policy regarding the same.

The real estate sector has been limping from the past one year due to major reforms in the market brought by the centre.

“The SC’s intention is good from a long-term perspective, but a blanket ban stopping all construction will have a negative impact on housing. It will choke supply, and impact home seekers. Effectively, home buyers will suffer just because some state governments have not formally notified the policy,” said Dr Niranjan Hiranandani, President (National), NAREDCO, realtors’ apex body.

In a recent study done by ANAROCK property consultants, Mumbai tops the list with `2,34,000 crore worth of delayed residential units. “This move of the court will prove to be a major setback for the realty sector, which had recently started to show some sign of revival. The impeding stay on construction will further push the delivery dates of ongoing projects. Projects worth `4,64,300 crore for a total of 5,75,900 units are already significantly behind schedule, and this stern stand of SC may add to this number,” said Anuj Puri, chairman of ANAROCK.

Meanwhile, Amit Wadhwani from Sai Estate stressed that the solution is a collective effort by educating masses and not putting onus on a certain segment.

State rushes to submit waste policy soon to SC
The state government has already framed a policy regarding solid management and accordingly the rules have been prepared, reveal the state officials. This matter will be brought to the notice of the Supreme Court (SC); the court will then request to lift the state’s ban on the construction of house-building and other constructions. Chief minister Devendra Fadnavis has also instructed to take immediate action on this matter.

“The state has already shaped the waste management policy and framed rules to control it but due to some technical difficulties the document could not be produced to the SC. The facts will be brought before the SC soon and request will be made to lift the ban,” read a statement released by the government reacting to the ban on Saturday.

According to the statistics given by the state, waste control projects have been approved for close to 150 cities in the state, while 236 cities have already started with waste segregation. In addition, the process of compost fertilizer production in 143 cities is in progress, while 37 cities have received green manure brands.