The driver died on the spot, and 30 injured doctors have been shifted to a nearby civil hospital. 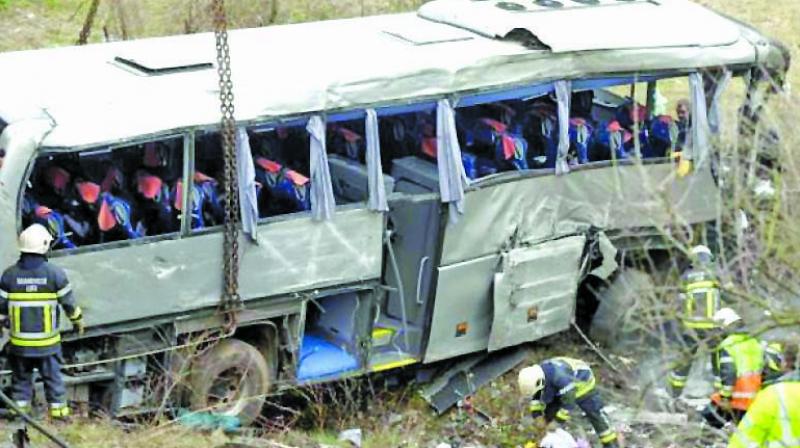 Mumbai: Forty medicos from trust-run Tata Memorial Hospital (TMH) met with an accident at Khedgaon in wee hours of Saturday after a luxury bus collided with a trailer. Almost 20 doctors have been injured out of which three are serious.

Maharashtra Chapter of Association of Radiation Oncologist of India had organised a conference in Aurangabad. About 40 radiation oncology doctors from Mumbai had left in a tourist bus to attend this conference and majority of them were from TMH. Few were from other privately run - Fortis Hospital and other hospitals of Mumbai.

The driver died on the spot, and 30 injured doctors have been shifted to a nearby civil hospital. Three of the doctors are critical and being treated in the Intensive Care Unit (ICU) due to head injuries and severe multiple fractures. Others are believed to be in stable condition.

Mr Jafri further said, “The medicos left by bus at around 7.30 pm on August 31 from Mumbai. Near Ahmednagar aro-und 3.30 am everyone felt a sudden shock in the bus when they met with an accident. The driver died on the spot”