When contacted, UDD principal secretary Manisha Mhaiskar did not respond to our calls. 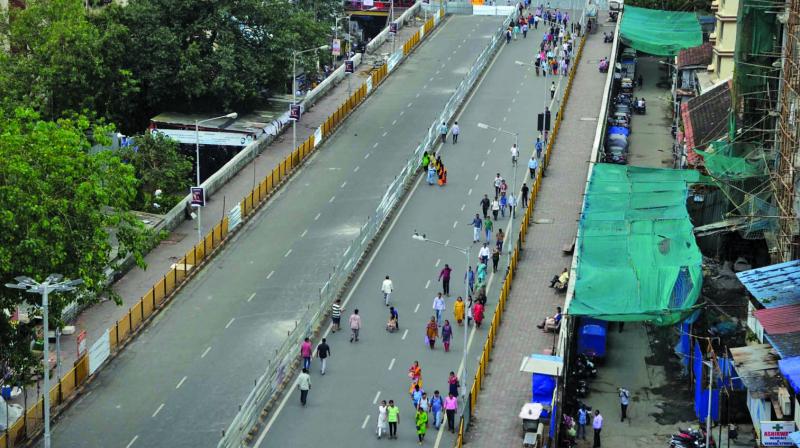 MUMBAI: With the BMC failing to take seriously Western Railway’s request for reconstruction of the Delisle Bridge at Lower Parel, the latter has approached the state urban development department (UDD) to direct the civic body to reconstruct the bridge or let the WR do the same.

A senior officer of the WR, requesting anonymity as he is not authorised to speak to the media, said that R.K. Meena, principal chief engineer of WR, had written a letter to the UDD regarding reconstruction of the Delisle Bridge last week. “We have requested the state government to reconstruct the Delisle Bridge as the requirement of the bridge pertains to the state government and not to the railway,” he said, adding that the BMC should build the bridge.

The senior officer also claimed that the road over bridge (ROB) and LC gate would be constructed by the state government as the memorandum of understanding (MoU) mandated the same. He pointed out that when the National Highways Authority of India (NHAI) could construct LC gates and ROB adjacent national highways, why couldn’t the BMC or the state government build the Delisle bridge.

When contacted, UDD principal secretary Manisha Mhaiskar did not respond to our calls.

The corroded ROB of Delisle Bridge was closed to traffic and pedestrians on July 24, inconveniencing lakhs of Mumbaikars. The 97-year-old Delisle ROB may remain closed for operation for the next two years. The city traffic police had put up a poster near the entry on the ROB  informing commuters and motorists that the bridge had been closed following a request by WR.