Prosecution completed examining Rai on Tuesday and now, defence will cross-examine him on August 4. 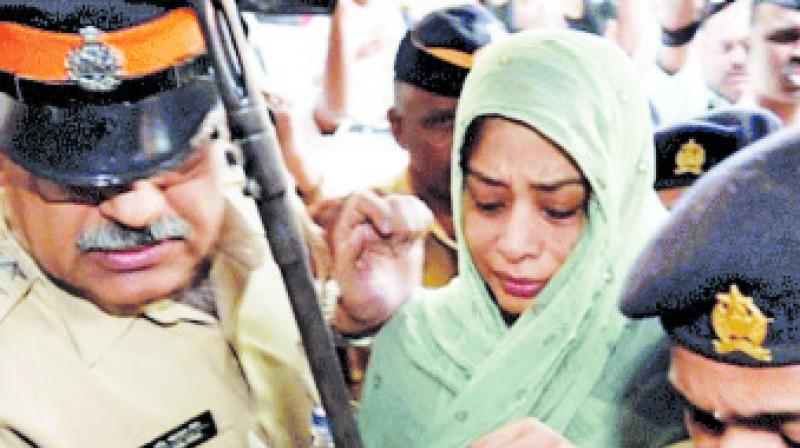 Rai also identified three pairs of shoes that were bought by Indrani and used during execution of the alleged murder.

Mumbai: Shyamvar Rai, accused-turned-approver in the sensational Sheena Bora murder case, on Tuesday identified in court Indrani Mukerjea, her husband Peter Mukerjea, and former husband Sanjeev Khanna as the persons he had referred to in his statements who were involved in the murder of Sheena Bora. Prosecution completed examining Rai on Tuesday and now, defence will cross-examine him on August 4.

After special public prosecutor Kavita Patil asked Rai if he could identify the persons whose names he had taken in his confessional statement, Rai pointed towards Indrani saying, “Indrani madam is sitting there (in the dock), Peter on her one side, and Khanna on the other.”

Rai identified a green coloured suitcase as the one that was allegedly bought at Indrani’s instructions to hide Mekhail’s body after his murder. However, since the plan to kill Mekhail could not be executed, Indrani later asked Rai to throw away the suitcase, which he gave instead to another servant Pradeep Waghmare. Rai also identified three pairs of shoes that were bought by Indrani and used during execution of the alleged murder.

In his testimony before special judge J.C Jagdale, Rai said that Indrani did not keep her promise of giving him a permanent job and some days after the murder, told him over the phone to find a new job. He said that while she had asked him to throw away the parcel she gave him, when he opened it, he was frightened to see a country-made revolver and cartridges in a box. He was caught by the police on his third attempt to throw it away.