Heaps of garbage was seen lying along the railway lines between King Circle and Mahim. 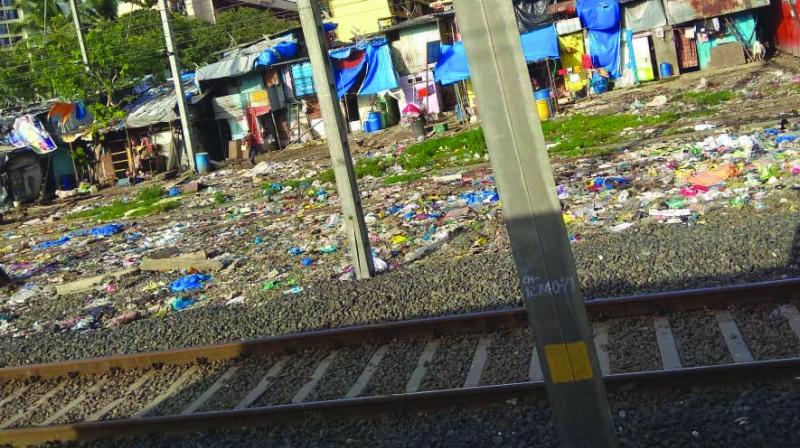 Garbage lying around the tracks near Wadala station

Mumbai: The Central Railway (CR) recently conducted a cleanliness drive at Ambernath, Kurla, Badlapur and Cotton Green stations. Further, it has plans to conduct drives during megablocks on the Harbour line across stations like Mahim, King Circle and Wadala.

Further muck was seen lying around tracks between Cotton Green and Reay Road. Garbage was also seen lying under the bridge used by the Harbour train for Goregoan.

A senior CR official said, “We have a jurisdiction up to certain portions of King Circle station towards Mahim. Beyond that it is under Western Railway’s jurisdiction.”

When asked  about the garbage lying beyond the King Circle, a CR official, requesting anonymity said, “We will look into it if required, we will coordinate with Western Railway to clear the muck from the stretch at Mahim.”

Sunil Udasi, chief PRO of CR said, “We have stationed a special JCB for removing muck at Govandi station. It has been used for deep cleaning during the mega block.”