His government has undertaken a tree-plantation programme on a massive level since 2015. 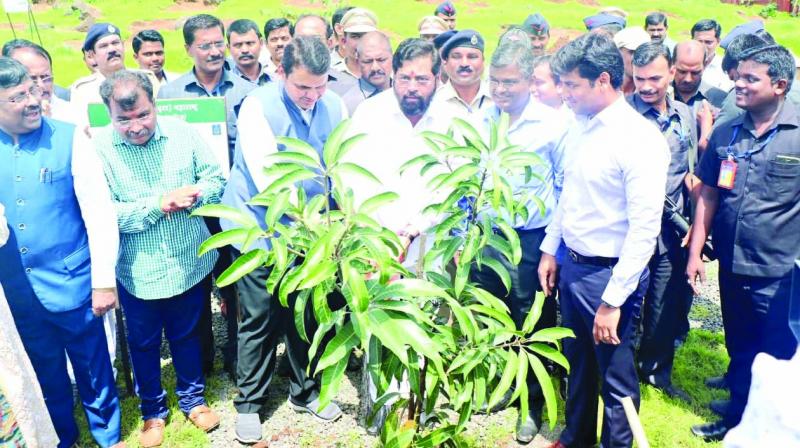 Mumbai: Maharashtra chief minister Devendra Fadnavis on Sunday claimed a substantial growth in forest area of Maharashtra. His government has undertaken a tree-plantation programme on a massive level since 2015.

While announcing an ambitious mission of planting 13 crore trees in the state between July 2018-19, Mr Fadnavis also appealed people to support the movement.

In his speech Mr Fadnavis said, “Prime Minister Narendra Modi is pushing for environment-friendly development at a time when developing countries across the globe are not so keen on this idea. Today planting 13 crore trees in the state could be considered as impossible task by some people. But we have to aim high and achieve our goals.”

On his twitter account, he posted the details of increase in forest cover to support his claim.

According to Mr Fadnavis, tree plantation other than forest area has reached to 273sqkm, mangroves and other plantation to 82sqkm, bamboo forest has seen substantial increase of 4,462sq km. Further he claimed that area of water sources has increased by 432sqkm.

Meanwhile, forest minister Sudhir Mungantiwar who has been leading the ambitious project said, “We have planted three crore saplings in a year. But this year we are launching this mega mission. Every citizen must plant minimum one sapling at his or her place. Maharashtra shou-ld set an example for the rest of the country.”