Pending enquiry, the PMC suspended five persons including Damse from service on May 31, 2012 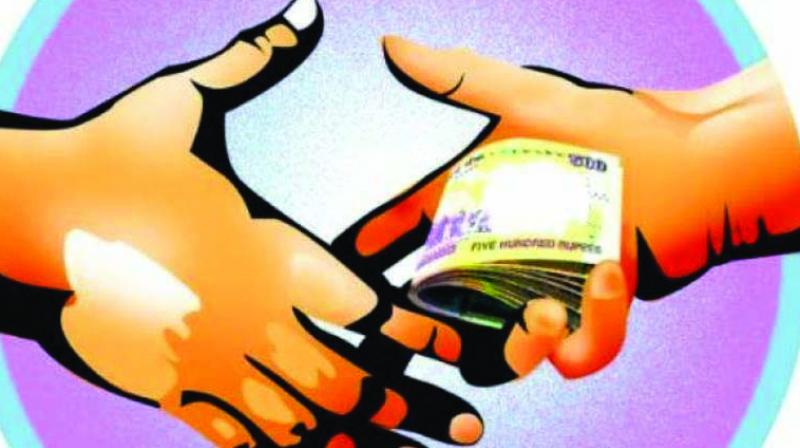 While another accused Subhash More who was a clerk at Mantralaya demanded Rs 1,000 for providing photocopies of relevant documents.

Mumbai: A special ACB court Tuesday convicted the desk officer of the Urban Development department (UDD), Mantralaya, for accepting a bribe of Rs 50,000 to complete the procedure of reinstatement of the complainant and his colleagues who were suspended from the Pune Municipal Corporation for alleged irregularities in development of the vegetable market. Later in an enquiry, the complainant was given a clean chit.

Public prosecutor Sunil Gonsalvis said that Judge S.J. Biyani sentenced Udaysingh Chouhan (48) to three years’ of imprisonment, and also imposed a fine of Rs 1,000 on him.

The prosecution case was that in 2012, when the complainant Laxman Damse was working with the Pune Municipal Corporation (PMC), there were complaints of irregularities in development of the vegetable market. On March 28, 2012, a question was raised about these irregularities in the Legislative Council following which, an enquiry commission was set up in this connection.

Pending enquiry, the PMC suspended five persons including Mr Damse from service on May 31, 2012. The enquiry officer filed the report on April 17, 2013, and gave a clean chit to Mr Damse and two others and suggested no increment for two others who were found guilty of the offence.

Later, in a meeting held in PMC, it was decided that those found innocent in the enquiry would be reinstated and hence, the commissioner wrote a letter to Mantralaya to complete the procedure of reinstatement.

However, Anandrao Jiw-ane, deputy secretary of the UDD, and Mr Chouhan (desk officer) allegedly demanded a bribe of Rs 1 lakh from Mr Damse and others to complete the procedure. While another accused Subhash More who was a clerk at Mantralaya demanded Rs 1,000 for providing photocopies of relevant documents.