The governor appealed to the citizens to join hands in building a new and vibrant Maharashtra. 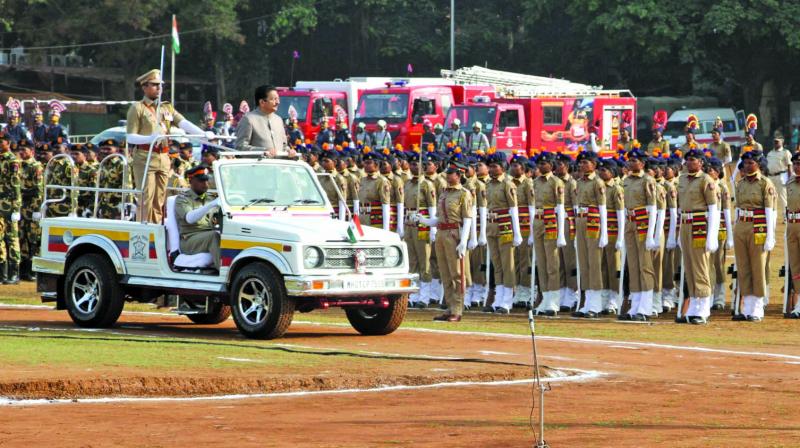 Mumbai: Maharashtra governor Ch. Vidyasagar Rao on  Wednesday hoisted the tricolour and watched over the ceremonial parade at Shivaji Park in central Mumbai on the occasion of the 59th anniversary of the formation of the state of Maharashtra.

The governor appealed to the citizens to join hands in building a new and vibrant Maharashtra.

He said that the state was the economic engine of the country and had played a significant role in the development of its infrastructure.

“I appeal to the citizens to join hands in building a new and vibrant Maharashtra,” the governor said, and greeted the people of the state on the occasion of
Maharashtra Day.

The governor also paid tribute to the martyrs who laid down their lives for the formation of the state.

Mr Rao said that the state had traditionally enjoyed geographical advantage in terms of industrial development.

The governor also said, “Maharashtra is also a leading state in the country in terms of agriculture, industrial production, trade and transport. As a result, Maharashtra remains one of the most developed and prosperous states in the country.”