Says 5 held for placing 400 kg rod across railway track do not have capacity to carry out act. 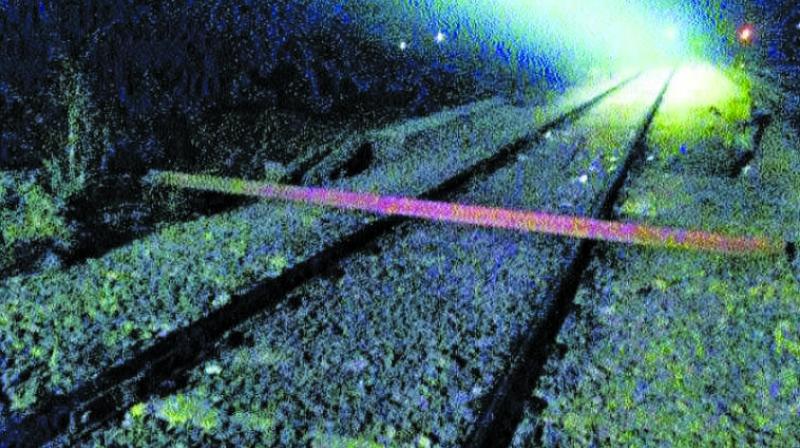 The police said the act had been the result of a ‘bet’ among five drug addicts.

Mumbai: A fortnight after the Thane police nabbed five drug addicts for their alleged role in placing a piece of track weighing 400 kg across a railway track at Diva station on the night of January 24, the Government Railway Police (GRP) in its separate probe is questioning the merits of the arrests. The GRP, which questioned the five accused after taking their custody from the Thane police, suspects that the five were framed by the Thane police and is now gathering evidence to support its claims, GRP sources said.

The GRP recently wrote to the Mumbra police seeking details of the latter’s Diva probe — including the statements of the five accused — since its own probe had not found evidence against the accused. GRP sources alleged that the mobile phone records of the accused did not confirm their location at the Diva spot at the time they were supposedly there to perpetrate the crime. GRP sources said they would inform the court soon about the findings in the probe. Thane police sources however, told The Asian Age that the GRP is casting aspersions on the probe as the latter could not crack the case on its own.

According to sources, a parallel investigation done by the GRP turned up nothing suspicious against the five accused. A GRP officer said on anonymity, “We have got their phone details, we had spoken to some witnesses who didn’t see the accused at that time on the spot. Therefore we asked Mumbra police to show some evidences that they have received against these accused but they are yet to reach us.”

A GRP source said, “We had questioned the five accused after taking their custody for five days, and also did their medical check up. They don’t have the capacity to hold and keep a 400 kg iron rod. We suspect the five were framed by the Thane police and it’s now gathering evidence to support its claims.”

However, Mumbra police senior police inspector Mr Tayde said, “We have arrested the five accused and also recreated the scene, when the accused told us everything about the crime they have done. We have recorded their statement and had witnesses who have seen them. We are doing our best work.”

The police probe into the placement of a piece of track weighing 400 kg across a railway track at Diva station on the night of January 24 revealed that the act was the result of a bet among five drug addicts arrested in the case and another wanted accused, who is currently in jail. The arrested persons were identified as Danish Shaikh (26), Suraj Bhosale (25), Mohammad Naseem Shaikh (34), Nazir Sayyad (24) and Jayesh Pare (30).

Maula Makandar, who is in Taloja jail since March this year and has several cases against him related to theft of railway property, had allegedly promised Rs 2,000 to the accused for keeping the rod across the tracks. The act could have derailed the Mumbai-bound Madgaon–Dadar Jan Shatabdi express that had around 700 passengers aboard.

The derailment was averted in the nick of time when the express train’s motorman spotted the track on the line and applied the brakes.