Since its inception, the selfie point had started attracting youths in large numbers. 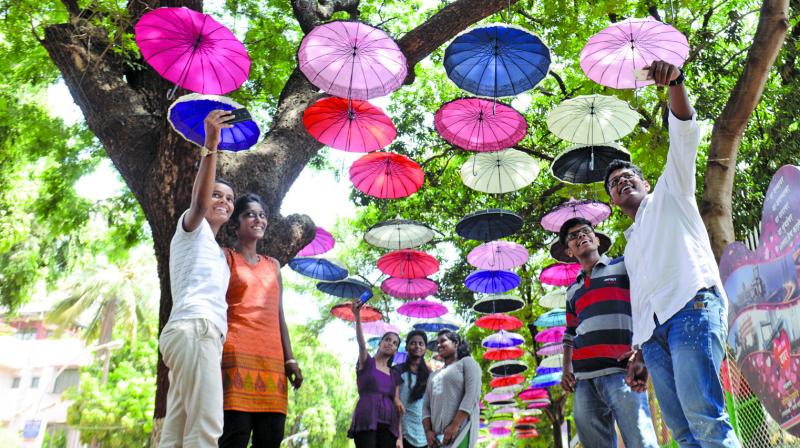 A selfie point at Shivaji Park in Dadar.

Mumbai: The first selfie point in the city, which had become an instant hit with youngsters at Shivaji Park, Dadar, has finally been shut down. The outgoing Maharashtra Navnirman Sena (MNS) corporator Sandeep Deshpande, the brainchild of the project, has closed it due to lack of funds.

Mr Deshpande had set up the selfie-point at Shivaji Park with an umbrella theme during the monsoon and butterfly theme in the winter season. Since its inception, the selfie point had started attracting youths in large numbers.

“The civic body rules stated that the civic body funds should not be used for such work and hence private companies were roped in under their Corporate Social Responsibility (CSR) scheme for the project,” said Mr Deshpande.

“The maintenance cost of the selfie-point was about Rs 12 lakh per year. But it is now getting difficult to raise funds for it under the Corporate Social Responsibility scheme. Hence I have decided to shut down the selfie-point,” he said.

However, according to political sources, the decision to shut down selfie-point was largely related to MNS’ defeat in Dadar in the recently held Brihanmumbai Municipal Corporation (BMC) polls. The party had fielded Mr Deshpande’s wife Swapna from ward number 191, which comprises of Shivaji Park and surrounding areas. She had quit her high-profile government job to contest the civic body polls. However, Shiv Sena’s Vishakha Raut defeated her.

Shivaji Park was one of the seats, which the MNS was confident of winning in the recently held civic body  polls.