The residents in the area said that the dogs managed to scare the leopard. 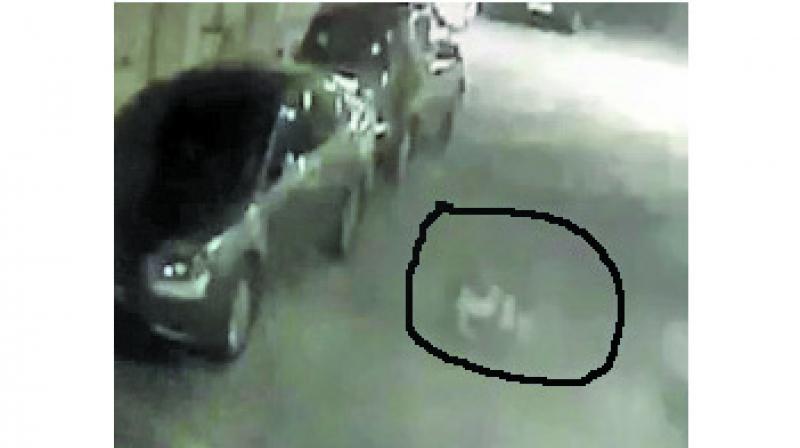 A CCTV grab of the dog chasing the leopard at Goregaon.

Mumbai: The footage of a heroic act by a stray dog has made it the talk of the town. In a rare act, a dog was seen chasing and pouncing on a leopard that was spotted in the premises of Girikung society at around 1 am, in Nagari Niwara Nagar in Goregaon East. Whether the dog was killed remains unclear as the two animals went under the car during the tussle. An unclear CCTV footage shows the fight between the dog and the leopard.

The area, near the Infinity IT Park, is adjacent to SGNP. In the CCTV footage of the parking lot of the society, a leopard was seen entering the area and attacking a dog. While the dog tried to fight back, three more dogs come to his rescue.

According to the residents in the area, the dogs managed to scare the leopard after which it returned to its natural habitat, and the dog that was attacked has sustained injuries.

Speaking to The Asian Age, Shailesh Rao, a resident of the area and also a member of the Mumbaikars for SGNP explained, “It was due to extensive barking of dogs that the resident got to know something was happening in their parking lot, which made them check the CCTV footage and this came to light. This is nothing for people to worry about as the animal clearly can be seen running back into the park after being chased by the dogs.”

“The animal first looks at his own security and accordingly enters human territory. Hence, the leopard is seen to be coming in to the area only by 1am.”

A study undertaken by SGNP in collaboration with the Wildlife Institute of India (WII) from December 2014 to April 2015, found 35 free-roaming leopards across 140 square km, including in areas outside SGNP, the Nagla forest block across the Vasai Creek and the Aarey Milk Colony.