The arrested accused made forged created cards, RC books and insurance papers in order to resell the vehicles. 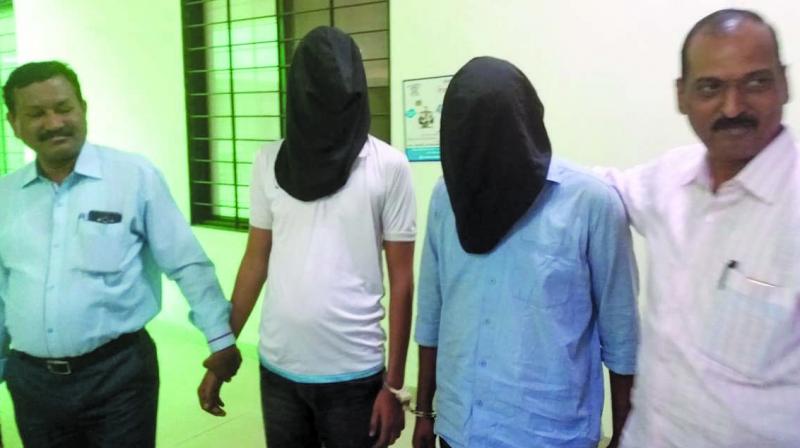 The duo was tech savvy and would use software such as Photoshop to create the forged documents.

Mumbai: The Thane crime branch arrested two individuals who duped buyers on online marketplace OLX by selling cars while using forged identity documents. Officials said that the accused would buy cars with an outstanding loan and later tamper with the vehicles’ documents and change their registration numbers before selling them.

The officials said that, due to monetary issues, the duo hatched a plan to dupe people by buying and selling cars online after watching online videos on how to make easy money.

“The accused had made forged Aadhaar and PAN cards. They would contact car sellers on OLX who had ongoing car loans. They would then buy those cars at low prices and then exchange their number plates with those of similar models without a car loan. They would also create forged RC books and insurance pap-ers and sell these cars at a high price,” said an officer of Thane crime branch.

The duo was tech savvy and would use software such as Photoshop to create the forged documents. The police found that the accused duo had bought an Etios recently for Rs 70,000.

The car had a loan of Rs 4.50 lakh. The duo sold the same car to another buyer at Rs 1.16 lakh. The duo had sold at least two other cars recently, the police said.

The accused have a similar case registered against them by the Oshiwara police station. The investigators have seized a computer, printer and bogus cheques that were from the accused.

The Kapurbawdi police has booked the duo in a fresh case of cheating, forgery and forging documents as per the Indian Penal Code.