Last year, residents had recovered around 25 huge bags of garbage, mostly with beer bottles from the area. 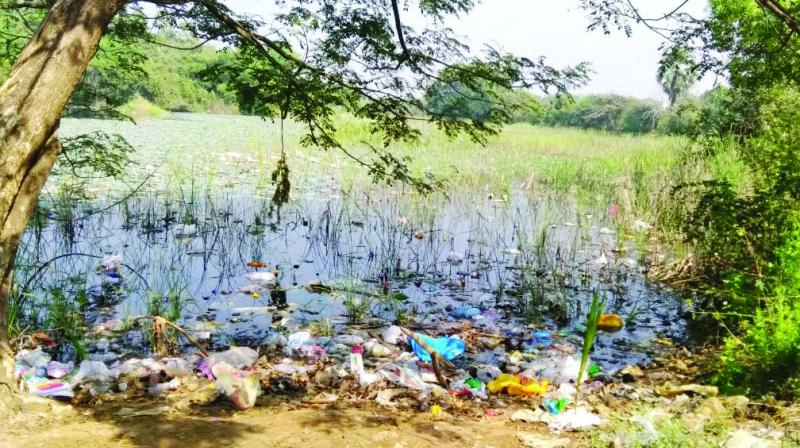 Once a site for birds, the lake has turned into a dump.

Mumbai: The Charkop lake, which was a flourishing bird site before, has been reduced to a virtual dumping site. While citizens have regularly held clean up drives to create awareness about the wetland within the city, they have been left disappointed to find the same place littered with plastic bottles and garbage within the next week.

The Brihanmumbai Municipal Corporation (BMC) claims that the site is under the jurisdiction of the Maharahstra Housing and Area Development Authority (MHADA) and the latter has yet not responded to the pleas of citizens and enquiries by the BMC.

Last year, residents had recovered around 25 huge bags of garbage, mostly with beer bottles from the area. “We have asked the BMC to assist us in cleaning up the area. They said that they cannot even intervene as it is a MHADA plot,” said Ms Mili Shetty, a Charkop based activist who has been regularly conducting clean ups in and around the lake. The lake is frequented by several birds including kingfishers and egrets. Locals said that a jackal visited the site last year.

The activist told The Asian Age that some locals were dumping household garbage into the lake. Even college students frequenting the area litter at the site.

“It was a pleasant lake years ago, but the has deteriorated due to consistent negligence by both the BMC and MHADA. Around 400 saplings were also planted in an adjacent plot away from the waterbody, but the BMC is not ready to take care of them citing that it does not come under its jurisdiction,” added Ms Shetty.