The finance minister has also promised Wi-Fi connectivity and CCTV camera surveillance at all stations. 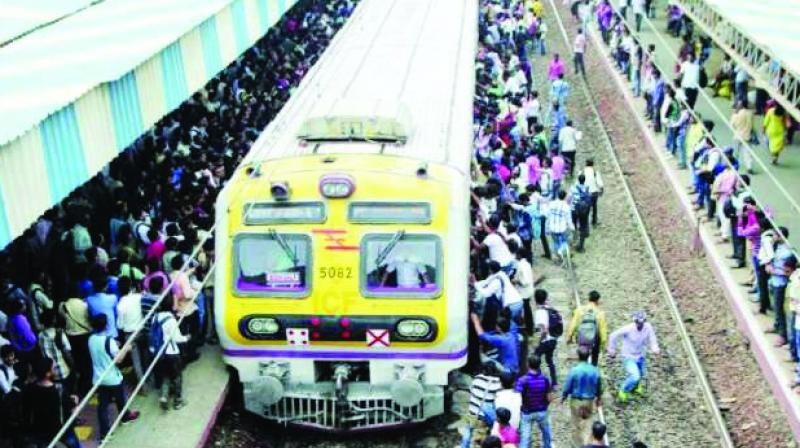 All stations that see footfall of more than 25,000 people will get escalators.

Mumbai: Union finance minister Arun Jaitley gave Mumbaikars a reason to cheer while announcing the Union Budget on Thursday when he declared that Rs 51,000 crore would be allotted for bettering the city's railway network.

Mr Jaitley also announced escalators at all stations in the city that see footfall of above 25,000 people daily. In addition to this, 90km of doubling of tracks will be carried out under the Mumbai Urban Transport Project III at the cost of Rs 11,000 crore while Rs 40,000 crore has been provided to set up 150km of additional tracks including new elevated corridors. The finance minister has also promised Wi-Fi connectivity and CCTV camera surveillance at all stations.

“The Mumbai transport system, which is the lifeline of the country, will be expanded and augmented to add 90 km of double line track at the cost of Rs 11,000 crore. An additional 150km of suburban network is also being planned at a cost of Rs 40,000 crore, including elevated corridors at some sections,” he said. The suburban railway network in Mumbai, spread over 465 km, operates 2,342 local train services and carries more than 75-80 lakh commuters daily. Maharashtra chief minister Devendra Fadnavis tweeted “Celebrate Mumbai!” moments after the announcement was made, terming it a big boost to infrastructure, economy, health care and job creation.

The CM added that the provision of Rs 40,000 crore for enhancing the transportation in Mumbai with the expansion of suburban railway system and new airports was a big boost to the infrastructure sector and the economy.

Railway experts have welcomed the substantial provisions for the suburban train network. Subhash Gupta, former member of National Railway Users Consultative Committee, said, “In the backdrop of rising railway accidents, the government has earmarked hefty funds to improve services. But they need to be utilised properly. For this, there is a need to form a monitoring committee to ensure that funds are used entirely and do not get lapsed.”