Police is likely to record Dhar’s admission in court to use it as admissible evidence against him. 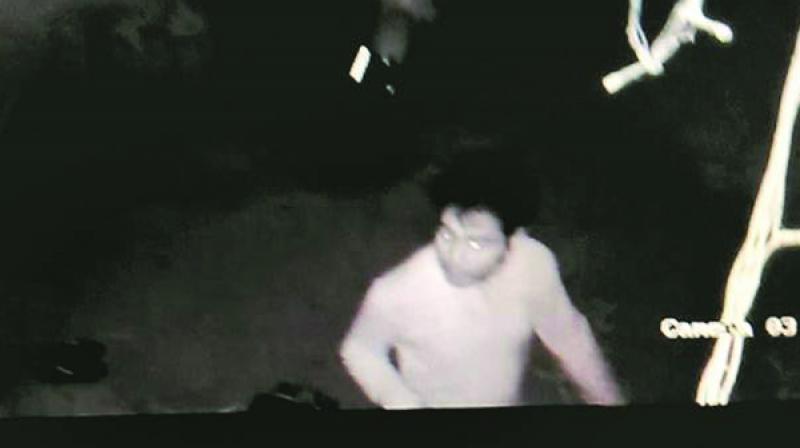 CCTV image of the accused, Debashish Dhar, on the night the deceased was raped and murdered.

Mumbai: A 27-year-old drug addict, Debashis Dhar, who was arrested by Vile Parle police on Tuesday for allegedly raping and killing a 25-year-old physiotherapist on December 6, confessed to his crime and told police he had never interacted with the victim but liked her and used to ogle at her for the past few months.

On the night of the crime, Dhar was passing by the victim’s house when he saw her getting inside her mezzanine-floor room and decided to follow her as the door was open. He used her jeans to strangle her and then tried to set the room on fire to ensure that the body burned, leaving behind no evidence against him. Police is likely to record Dhar’s admission in court to use it as admissible evidence against him.

On December 6, the victim’s body was found in a naked state in her house with her jeans around her neck. She stayed in a chawl in Vile Parle in a house separate from her parents who stayed on the ground floor in a house adjacent to hers in the same chawl. Post-mortem revealed that the victim had been raped and subjected to unnatural sex. Early January, police got blurry footage of a man in tee shirt and jeans roaming around suspiciously in the area on the night of the incident. Further investigation revealed that the man named Dhar was a resident of the area and had allegedly gone back to his native place in Kolkata after the incident.

A source in the team said, “We made enquiries and then arrested him. During interrogation, he confessed to the crime and revealed to us that he had seen the victim on numerous occasions. And, on the night of the incident, he saw her entering her house after being dropped by her friends. A few minutes later, he went inside on finding the door unlocked and raped her. He then strangled her using her jeans and before leaving, gathered some notebooks and set them alight in the hope that the house and the body would burn down.” The source said it was unclear whether Dhar was in an inebriated state at the time of the incident.