The forest department conducted a medical test to check if the animal had any physical injuries. 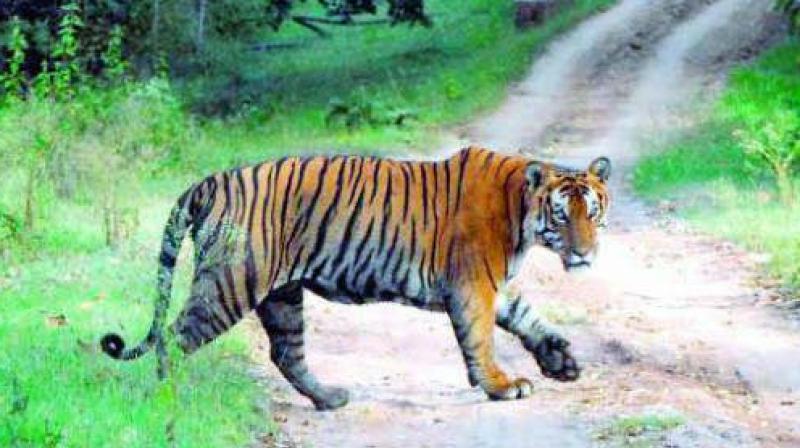 The Maharashtra government had issued shoot-at-sight orders for a tigress that is suspected of recently killing three women in Chandrapur district. (Representational Image)

Mumbai: The tigress against whom a shoot-at-sight order was issued has been successfully trapped and tranquillised by the state forest department on Wednesday morning. The tigress has been shifted to a zoo in Nagpur.

The tigress that had killed three women in Chandrapur district was tranquillised at around 9 am on Wednesday. The forest department conducted a medical test to check if the animal had any physical injuries. After completing the standard operating procedure, the animal was transported to the Gorewada zoo in Nagpur. Shree Bhagwan, state Principal Chief Conservator of Forest (PCCF) of Wildlife, said,  “The tigress has been safely shifted to Gorewada Zoo in Nagpur. The tigress is suspected to be of around five-year-old. A detailed medical test will be conducted in the zoo.”

The Maharashtra government on Tuesday had issued shoot-at-sight orders for a tigress that is suspected of recently killing three women in Chandrapur district. The tigress had killed three women near Sindewahi taluka, bordering Tadoba Tiger Reserve within a fortnight. The tigress attacked the women when they had entered the jungle to fetch firewood.

The tigress killed Meerabai Chowdhuri (63) on January 13, and Babita Mendhe on January 22 and Manda Dandekar, who are natives of Shivni village, on January 25. The tigress also wounded several villagers since October 2016. State forest minister Sudhir Mungantiwar, who hails from Chandrapur district, had spoken to the state forest department and issued shoot at sight order against the animal.