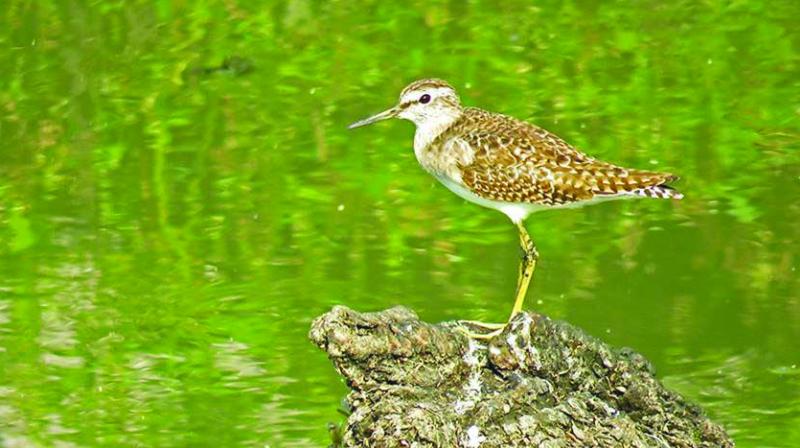 Mumbai: Choosing to bid farewell to 2017 with their feathery friends, a group of bird experts spotted 70 species of avians, including both native and migratory species, in less than three hours at Bhandup Pumping Station, a recently designated bird area.

An expert said that sighting “70 birds in three hours indicates the thriving nature of the site.” Earth Mela organised by Sprouts Environment Trust organised bird watching at the site.

The group spotted species of woodland birds, waders, muniyas, prinias and winter visitors among others. “The widespread species of birds in the area shows that the area is thriving with birds. We also took some kids and other bird enthusiasts with us where we showed how to distinguish between the wood sandpiper and common sandpiper. We also spotted the greater spotted eagle, which is a very rare sight in Mumbai and is only limited to important bird areas,” said Anand Pendharkar, President of Sprouts Environment Trust.

With the onset of winters, several migratory birds have arrived at the spot. However, the group spotted only one greater flamingo at the site. Experts have suggested that the delay in arrival of flamingos could be due to the cyclone Ockhi and good rainfall in Kutch followed by the cyclone.