Says TISS report was against Dhangars, state can’t ignore it. 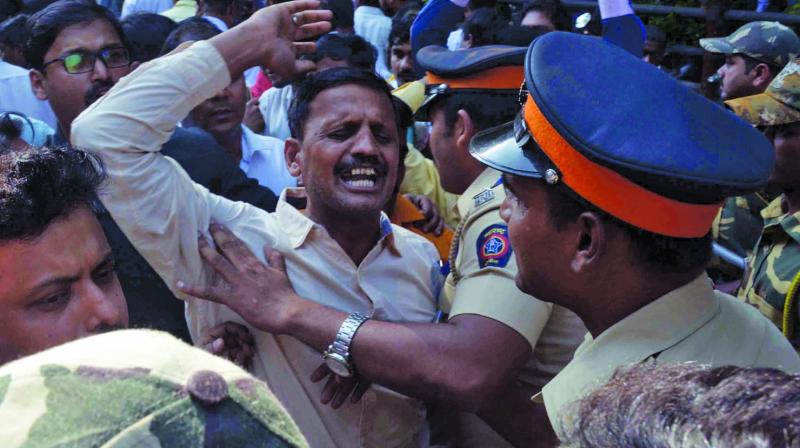 Mumbai: Tribal MLAs have decided to wait and watch as far as Dhangar reservation is concerned. They are of the opinion that the report of the Tata Institute of Social Sciences (TISS) is against the demand of the Dhangar community about its inclusion in the scheduled tribes (ST) category.

So, it will be difficult for the state government to recommend Dhangar reservation to the central government. Tribal communities are opposing inclusion of the Dhangars in the tribal category.

The Dhangars, who are currently under the Vim-ukta Jati (denotified tri-bes) and Nomadic Tribes (VJNT) category, are asking that they be included under the ST category.  They claim that the ‘Dhankad’ community of north India, included under the ST category, is similar to it. The state government had asked the TISS to research their demand and the TISS submitted its report to the state government.

The ST MLAs held a meeting to discuss the anger within the community and current issues. Sources said that the MLAs had taken a stand to wait and watch.

“The TISS report is against the inclusion of Dhangars in the ST category. So, the state government cannot go against it. If it decides to recommend their inclusion, then it will be challenged and there will be agitations. So, we have decided to wait till the government’s move,” said Con-gress MLA K.C. Padvi.