At present, heavy vehicles are not allowed on the Sion flyover based on the IIT suggestion. 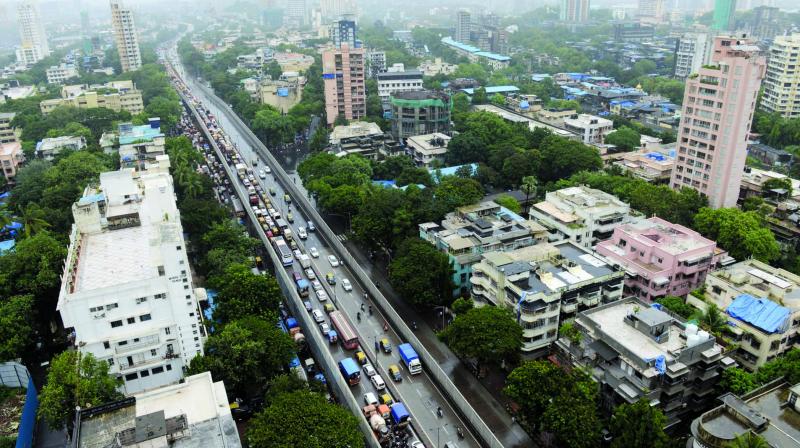 File picture of the Sion flyover.

Mumbai: Primary work on the Sion flyover bridge has started while actual work will begin by end of November. The (Maharashtra State Road Development Corporation) MSRDC is waiting for one more lot of shock absorber bearings for the bridge.

The MSRDC was supposed to start work on the Sion flyover after receiving the first lot of 50 shock absorber bearings in the last week of September 2019.

“Barricading, survey of vehicles, arrangement planning for alternate traffic movement and distribution of work has started and it is at the final stage,” the officer said.

After receiving the remaining lot of bearings, work will start. “We are expecting the second lot of 50 more bearings by the third week of November,” said the officer.

MSRDC is seeking permission to close the Sion flyover while the work goes on. If the traffic police gives permission, the bridge will be closed for 40 days for the work.

The officer also said that in the earlier plan, total closure was not needed but for some reason, the earlier plan has been changed.  After the IIT’s structural audit report, the MSRDC decided to change the shock absorber bearings.

At present, heavy vehicles are not allowed on the Sion flyover based on the IIT suggestion. The work was supposed to start in April this year but the shock absorber bearings were not available with the contractor.