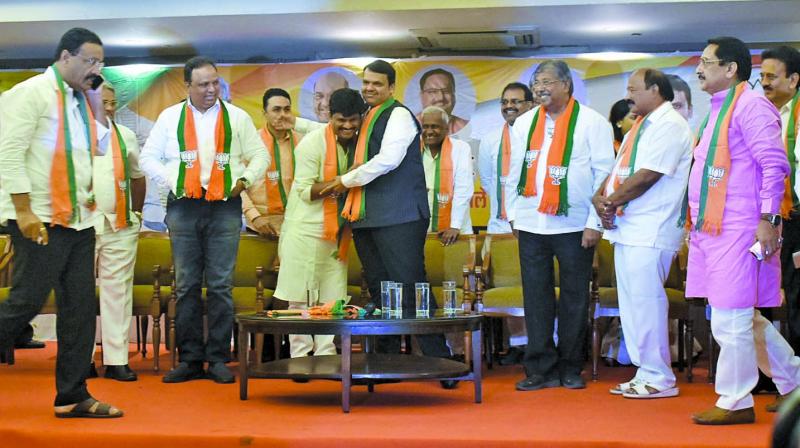 Earlier in the day, while inducting Mr Padalkar into the BJP, Maharashtra chief minister Devendra Fadnavis said, “He (Padalkar) is like a tiger, who should challenge a major established leader. If he is ready, I will try to field him from Baramati”.

Baramati, which has been represented by the Pawar family since the 1960s, has a sizable presence of the Dhangar community.

Mr Padalkar had quit the saffron party and contested the 2019 Lok Sabha polls on a VBA ticket from Sangli.

Though he lost to BJP’s Sanjay Patil, he managed to poll over three lakh votes.

Among the VBA candidates, he had secured highest number of votes during the Lok Sabha polls.

An NCP leader said the BJP would want to make it a fight between the Dhangars and Marathas in Baramati. In the process, the leader claimed, the saffron party aims to consolidate the Dhangar votebank across the state.

Meanwhile, Mr Pawar said he would accept the challenge thrown by the ruling BJP.

Mr Pawar, who resigned from the Assembly after being named by the Enforcement Directorate (ED) in the multi-crore Maharashtra State Cooperative Bank scam, said, “I accept the challenge. I am ready to fight fire with fire”.

Speaking to reporters, the former deputy chief minister also said the his party would definitely field a candidate against Sena’s Aaditya Thackeray in Central Mumbai’s Worli, asserting that his party will not make it a cakewalk for anybody.