The fifth and sixth line project is expected to be completed by mid-2019. 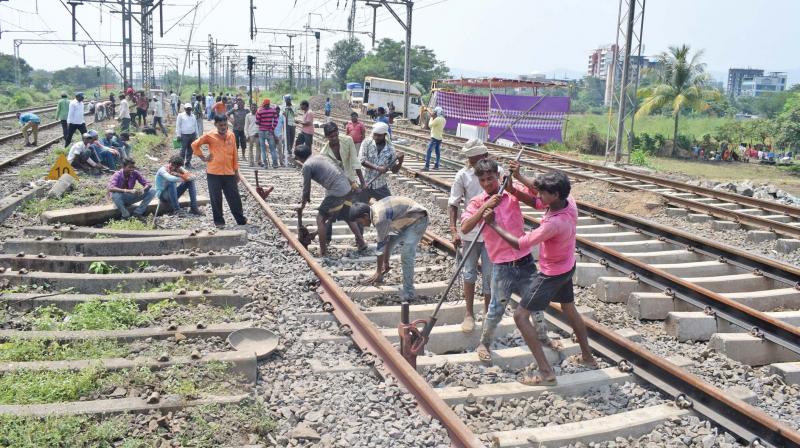 MRVC has completed laying down a 1.2km new line on the down slow line. (Photo: Deepak Kurkunde)

MRVC has completed laying down a 1.2km new line on the down slow line and and has been opened for the train service. Another similar block will be taken on October 14 for the up line for the same length.

A senior MRVC official said, “We have completed the new down line in one day. Even the train is being run on this line.”

He said that the new line had come up towards the west side of the existing slow down. It will help to come up with an additional new up line.

Railway officials also said that the up local would come up on the exiting down line for the up direction. And the existing up line would be used as the fifth line.

“In the next block on October 14, the existing down local pathway will be used for the up local train. It will help to give another one line. We have still space for one line in the railway lands. The move will help MRVC not to acquire the land from private people for the fifth and sixth lines,” he said.

The fifth and sixth line project is expected to be completed by mid-2019.