‘Hawkers must submit domicile by October 15’

The BMC has demarcated 85,891 hawking zones on 1,366 roads in the city. It has received 1,660 suggestions and objections from people on the list. 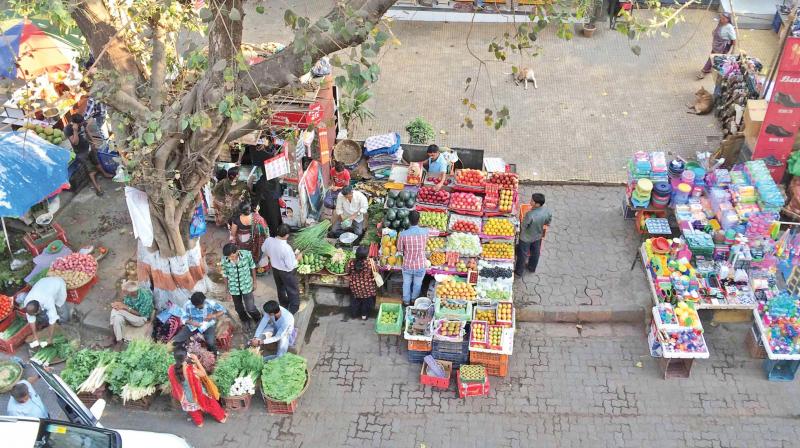 Mumbai: The Brihanmumbai Municipal Corporation (BMC) has set October 15 deadline for hawkers to submit their domicile certificates to procure hawkers’ lice-nces. The decision comes after the civic body found that nearly 30 per cent of the notices sent to aspirants had been returned.

In 2014, the BMC received registration forms from 99,435 hawkers. According to civic officials, the BMC had sent notices to them through registered post, asking them to submit their domicile certificates. Of these, nearly 25,000 to 30,000 notices were returned.

The BMC has demarcated 85,891 hawking zones on 1,366 roads in the city. It has received 1,660 suggestions and objections from people on the list.

According to the list, the eastern areas of Andheri and Jogeshwari (K-east) ward will have the highest number of hawking pitches (8,020) in the city; followed by Kurla (L) with 6,490 pitches; and Borivali (R-central) with 5,806 pitches. Parel and Sewri (F-south) with 5,588; and Kandivali (R-south) with 4,966 will also have a significant number number of hawking pitches.

“The scrutiny of registration forms is in the final stage. Some of the suggestions have been taken into consideration while finalising the hawking pitches. In fact, the work of making pitches has started in some wards like R, G-south, G-north etc.,” the official said.

According to the hawkers’ policy cleared by the state government, anyone with a domicile certificate will be considered for a hawking licence. Only one member from a family will be allowed to be involved in hawking. Also, only sale of pre-cooked food will be allowed on the streets. The policy classifies hawkers into three categories - mobile, stationery and permanent hawkers.