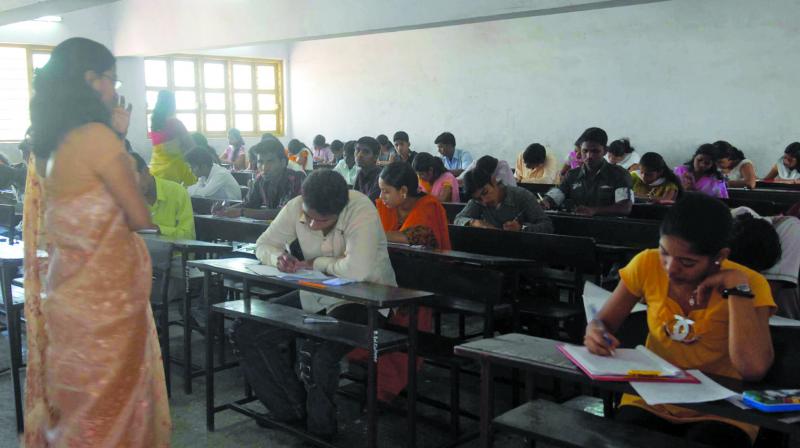 Several teachers working on a contract or clock-hour basis (CHB) for two to 10 years have still not been made permanent due to the government’s ban on recruitment in 2017.

MUMBAI: Teachers working on contract want the state government to implement the Supreme Court order on “equal pay for equal work”. According to them, they are being exploited as they get paid less, are made to work extra hours, and have no security and to basic provisions like pension and casual leave.

In its judgment on October 26, 2016, the SC upheld the right to “equal pay for equal work.” But teachers feel it has remained only on paper. The order stated, “Full-time contractual teachers to be paid not less than the minimum consolidated salary of a regular teacher at entry point.”

Several teachers working on a contract or clock-hour basis (CHB) for two to 10 years have still not been made permanent due to the government’s ban on recruitment in 2017.

According to the teachers this paper spoke to, an average teacher working on CHB in both aided schools and colleges is not paid more than Rs 10,000 to Rs 15,000 per month. Meanwhile, an average teacher on a permanent basis at the aided college level is paid Rs 60,000 to Rs 1 lakh along with provident fund, security, mediclaim, paid leaves, etc.

“I’ve been working in this college (which she did not want to name) for seven years but I am still on a temporary basis. In our college, only two teachers are permanent and the remaining are on CHB or guest lecturers. A major problem teachers like us face is that we have to do every kind of work a permanent teacher does, but we are paid 3/4th of what they get,” said Sunanda Kumar.

Another teacher, who has been working for three years in a Kandivali-based aided college said, “Whenever we ask management for a hike or making us permanent, they show us the GR,” she said.