Two passengers were trapped under the bricks. 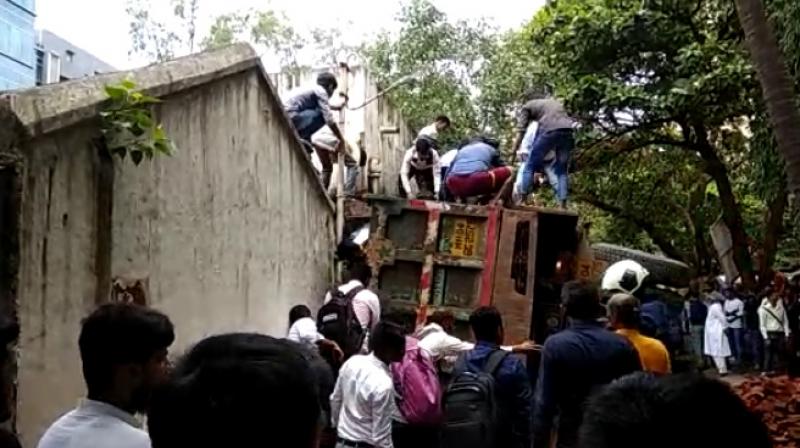 According to the information given by BMC’s disaster management cell, the incident was reported at 12.07 pm.

Mumbai: A truck, loaded with bricks tilted in the railway premises of Vidyavihar station, on Friday afternoon. Two passengers were trapped under the bricks. They have been identified as Vishnu Laxman Waikar (55) and Saddam Hussain Khalil (20). While two persons, who were rescuing the trapped passengers suffered minor injuries, Waikar and Khalil have been admitted to Rajawadi Hospital. According to Waikar, he was trapped under the bricks for around half an hour. The injured received a compensation of Rs 500 from the Railways.

According to the information given by BMC’s disaster management cell, the incident was reported at 12.07 pm. The Mumbai Fire Brigade, traffic police and Railway Protection Force (RPF) were called in for the operation.