The total length of the tunnel is 1.2 km. Last week, tunnelling from the Science Museum to Worli commenced. 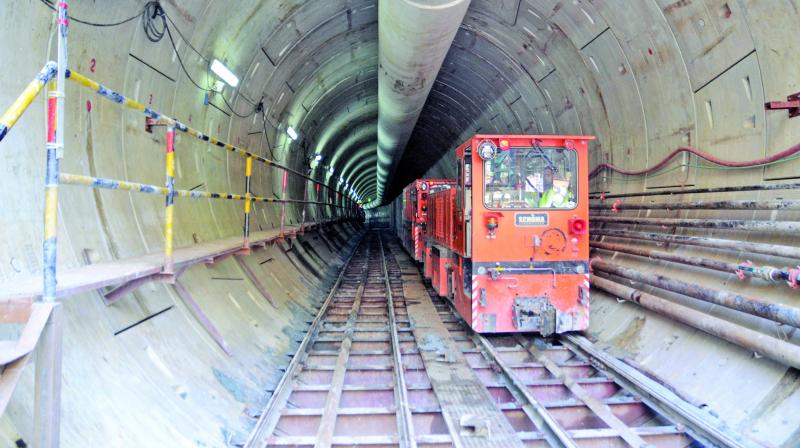 Mumbai: First tunnel of underground Metro-3 corridor (Colaba-Bandra-SEEPZ) will be completed by September 23, revealed the Mumbai Metro Rail Corporation (MMRC). The tunnel, which connects the Marol Naka with International Airport, will be the first one to be completed, thus the first breakthrough of Tunnel Boring Machine (TBM) will be seen by mid September. Also, five tunnels have crossed the 1km distance, state the officials.

“First tunnel will be completed by September 23, the TBM has already covered 1,028 meters. Also, five of the tunnels are more than 1 km length now; total eight machines are under operation. All the 17 TBMs will be underground by September end,” said S.K. Gupta, joint projects director, MMRC.

The total length of the tunnel is 1.2 km. Last week, tunnelling from the Science Museum to Worli commenced.  Out of 17 Tunnel Boring Machines (TBM) 16 have already arrived in Mumbai out of which 14 are underground and 12 of them are commissioned.

Further in order to enable smooth flow of traffic at sites where the station works are on, steel and concrete decking have been done.