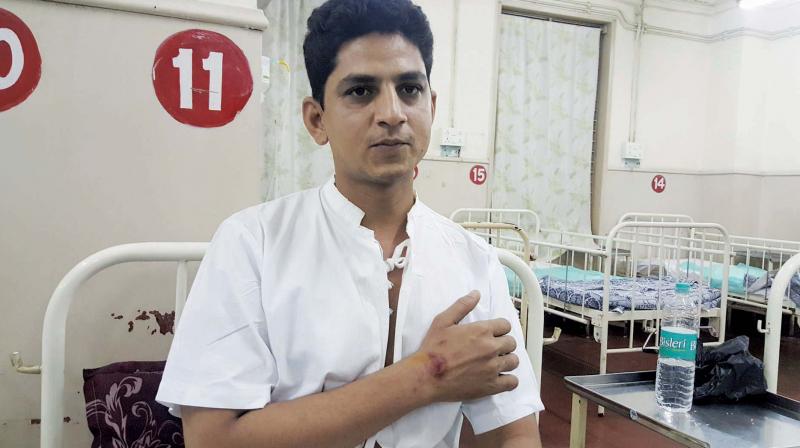 Mumbai: Three rescue workers — two from the fire brigade and one from the National Disaster Response Force (NDRF) — were among the injured in the crash of Bhendi Bazaar’s six-storey Hussaini building on Thursday morning.

Fire Brigade officer Tatoba Patil (52) was operating a drilling machine during the rescue operation when a part of a pillar fell on him, resulting in head injuries.

Mr Patil, who has been admitted at ward number 18 at JJ Hospital said, “I was operating the drilling machine to rescue a person trapped inside the debris when a part of the pillar fell on me. I fell dizzy and fire brigade officials brought me to hospital. I am thankful to God for saving my life.”

Another fire brigade officer, Prashant Gajbhar (30) — who rescued four residents from the building along with his colleague Mr Patil — was also injured.

He said, “I was involved in rescue operations, when a beam fell on my chest and left hand. For a few seconds, I just did not know what was happening to me. I am in a

lot of pain. I have been feeling uneasy since morning.”

The NDRF official, Mahesh Nalawade’s (35) right hand was injured during rescue operations. He was admitted to the out-patient department of JJ Hospital and discharged by late evening on Thursday.