A total of 5,700 animals were present in the abattoir, ahead of Bakri Id. 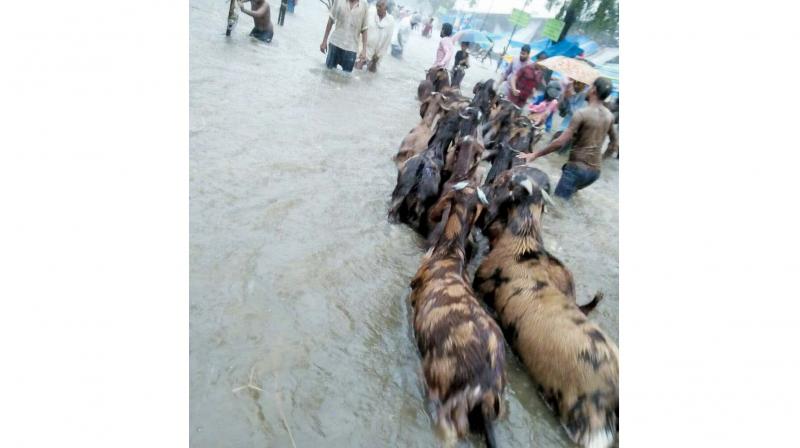 Mumbai: The Deonar civic abattoir got flooded on Tuesday. With 2.5 ft deep water filling the space, the authorities were forced to shift the cattle to an elevated area.

“The water level was around 2.5 ft on Tuesday and to protect the cattle, we shifted them immediately to an area that was at a higher level with lesser risk of getting flooded,” said Yogesh Shetye, BMC officer in-charge of Deonar abattoir.

A total of 5,700 animals were present in the abattoir, ahead of Bakri Id. “To protect the health of the animals, as people would purchase them for the festival, we shifted them immediately.