They also alleged he was at the site for an hour when the crash happened. 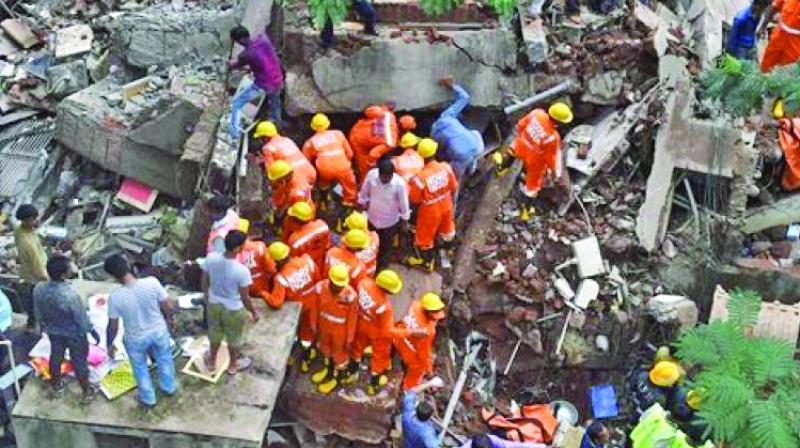 Mumbai: Sunil Shitap — the owner of the nursing home at Ghatkopar’s ill-fated Siddhi Saidarshan building — has blamed another arrested accused, Anil Mandal, for its collapse, but residents said he was in the loop about unauthorised alterations that were being made by the latter. They also alleged he was at the site for an hour when the crash happened.

Mandal, a construction supervisor, had confessed that he is working with interior designer Ranjeet Agale, who is on run, on the alterations that allegedly led to the building’s collapse last Tuesday,

The police has received a file from the Brihanmumbai Municipal Corporation (BMC) on Shitap’s work and the building’s blueprints. The police said Mandal is not cooperating in the probe.

A Vikhroli Park Site police source said, “Mandal has confessed that he was working as an assistant with Agale and was renovating of Shitap’s place.”

He said, “He told us that he was working according to the plan, but he is not revealing details about what the plan was and the broken pillar.”

The police said that Shitap denied that he wanted to convert the ground floor, which earlier housed a private nursing home, into a lodge or a hotel.

However, according to residents, Shitap has carried out illegal alterations in other projects of his. Nitesh Shah, one of the building’s residents who survived the mishap, said, “Shitap used to sanction plans and stand at the site every morning and evening. He was present on the morning of the building collapse. He’s knowledgeable about everything. He has made so much illegal constructions in so many places that he doesn’t know which pillar has not to be broken. Everyone is playing a blame game now.”

Stating that BMC officials were cooperating with the police, Vikhroli senior PI Vilas Jadhav said, “They have provided us a file with details of Shitap work and building-related documents. We are yet to analyse it.”