Similarly, revellers had reached Pandavkhada waterfall in Kharghar on Sunday to enjoy their weekend, but police officials turned them back. 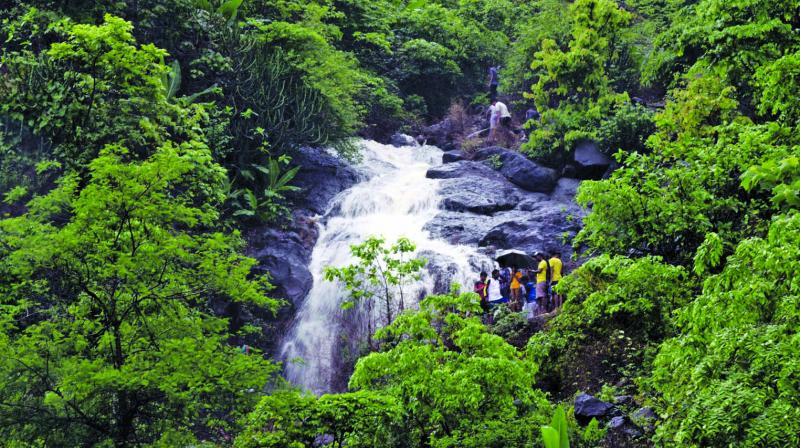 Similarly, revellers had reached Pandavkhada waterfall in Kharghar on Sunday to enjoy their weekend, but police officials turned them back.

Both these places had experienced casualties during the monsoon season last year, which prompted the police to restrict the visitors’ entry at the sites this year. As many people were turned away, it led to traffic congestion.

“Given the kind of crowd that Chinchoti waterfall attracts, we have stopped the entry of citizens for some days. Police personnel have been deployed at various points at Tungareshwar in Palghar to control the traffic,” said a police officer.

The ban on entry of the visitors at Pandavkhan waterfall is imposed by the Forest Department. Forest officials have also mulled over setting a boundary around the waterfall to prevent trespassing as it has risky slopes, which may pose as a risk during monsoon.

“Some of them were trying to sneak into the waterfall area, they were detained for some time. Entry to the waterfall was closed after three youngsters had swept away last year due to high water current,” said an official. Since then, the police has beefed up security at the spot.

Last Monsoon, around 120 visitors, who had come to Chinchoti waterfall for a trek, met with an accident after the water level rose. The picnickers were later rescued by the Indian Air Force. One person died after being swept away in the overflowing waterfall.

The hugely popular Chinchoti waterfall is located in Vasai taluka and can be reached through the Mumbai-Ahmedbad Highway.