‘Will toil to defeat communalism, fascism’

Mr Thipsay also said that Mr Gandhi has asked him with monitoring and providing guidance to strengthen the legal cell of the party. 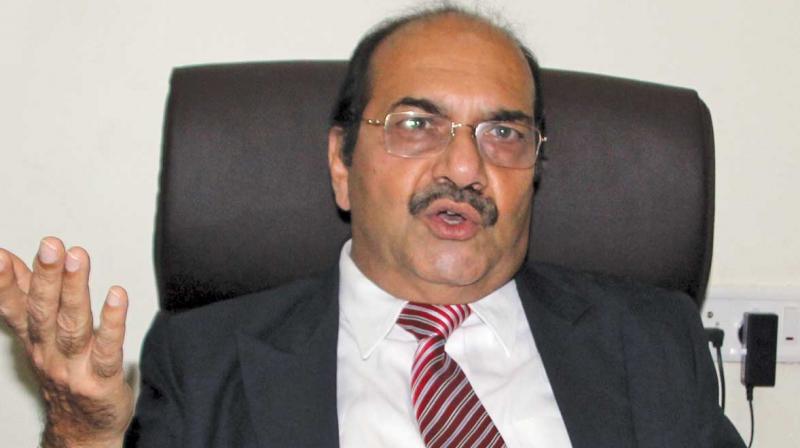 Mumbai: Retired Bombay high court  (HC) Justice Abhay Thipsay, who recently joined the Congress in the presence of party vice-president Rahul Gandhi, told The Asian Age that defeating people who are spreading communal and fascist thoughts in society would be his first biggest task.

“Nowadays, I have observed that thoughts of dividing citizens on the basis of caste and religions are increasing and some people who are speaking about changing constitutional structures have no fear of the current government. So, with the help of Congress party workers I will conduct speeches on public platforms and try to change the mindset of people who are brainwashed by extremists,” he said. He also emphasised that he is not setting a precedent of a former judge joining Congress after retiring. He said many former judges, including M.C. Chagla, the first Indian Chief Justice of the Bombay HC, were ministers during Nehru’s tenure as a Prime Minister.

Mr Thipsay had presided over several courts and special courts during his tenure and had handled the famous Best Bakery case and a case where a fellow sessions judge was prosecuted over an alleged underworld link. He had also been criticised for granting bail to actor Salman Khan when the trial court had convicted him for five years.

Asked about the defamation case filed by a Rashtriya Swayamsevak Sangh (RSS) member against Mr Gandhi at Bhiwandi, Mr Thipsay opined that nothing would happen because the governing body of RSS should have filed the case. “Here, one worker who has no right to file a case had approached the court. Secondly, if they (RSS) want to run the defamation case further, they will be exposed in front of the people,” said Mr Thipsay.

Mr Thipsay also said that Mr Gandhi has asked him with monitoring and providing guidance to strengthen the legal cell of the party. He added he had not started work but would start meeting legal cell members very soon.

Stating that he had passed various orders against the existing government to safeguard citizen’s fundamental rights, Mr Thipsay said, “So allegations that I might have favoured Congress during my tenure is baseless.”