The survivors have sought a hearing with the authorities. 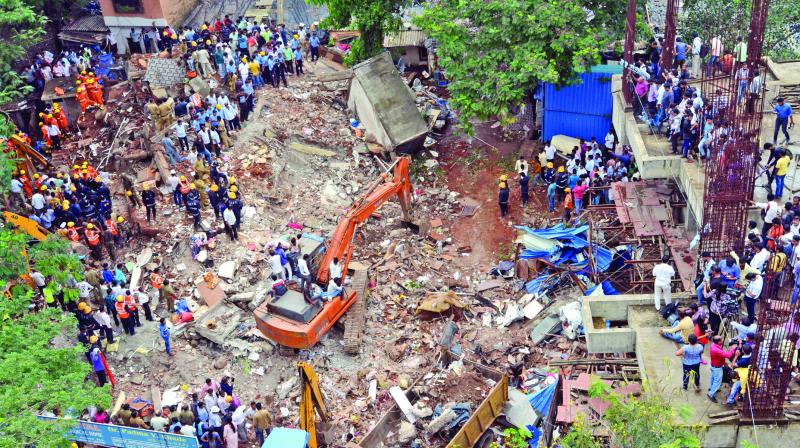 Mumbai: The survivors of the ill-fated Sai Siddhi building in Ghatkopar, which collapsed last July leaving 17 persons dead, are now faced with a new hurdle which could put an end to their aspirations to get their life back on track by reconstructing the building.

According to the survivors, a major portion of their plot was reserved for a road under the development plan and the same was allotted fraudulently by misleading the collector's office. The survivors were made aware of the same by the civic authorities after they approached it for permission to construct a new building in place of the collapsed structure. The survivors have sought a hearing with the authorities.

According to Birendra Singh, the residents came to know through a query under the Right To Information  Act that an area of 344 sq mt of their plot had been reserved for a road in 2005 and the Collector's office had issued an order in this regard too.

Mr Singh however said that the allotment of the-ir plot for the road was done in 2005 at the behest of a developer who was developing an adjoining plot. He alleged that the developer in a bid to save his plot had manipulated the collectors office and misled them into carving out the road from the Sai Siddhi plot.