To ask state for exemption in cess on diesel. 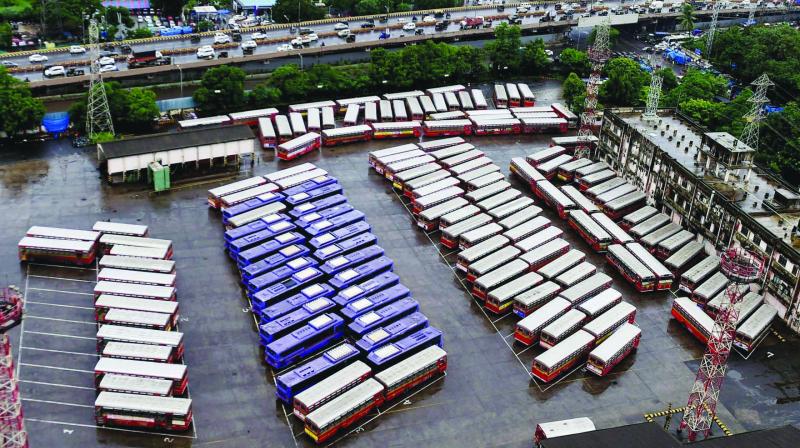 MUMBAI: The Brihanmumbai Electric Supply and Transport (BEST) undertaking is looking at a Rs 26 crore per annum loss due to the recent spike in diesel rates. The BEST has 3,367 buses in its fleet, out of which 1,329 buses are being run on diesel. The Congress and Shiv Sena have asked if the administration would seek financial help from the state government to reduce its burden on fuel. Incidentally, the BEST is already facing a loss due to the faulty Trimax machines, which are used for issuing tickets.

BEST chairman Ashish Chemburkar said that if the price of diesel remains at this level, the BEST would face an annual loss of Rs 26 crore due to diesel hike and Rs 13 lakh due to hike in petrol prices. Petrol is currently being sold at Rs 86.23 per litre, while diesel is priced at Rs 73.78 per litre in Mumbai.  Later speaking to The Asian Age, Mr Chemburkar said, “The committee will write to the state government for an exemption in cess on diesel so that the loss will be curtailed.”

Shiv Sena corporator and BEST committee member Anil Kokil raised the issue of the 3,000 litres of petrol which is lying unused at the Dadar workshop after a wall collapsed more than a year ago.

Speaking to mediapersons, BEST General Manager Surendra Bagde said, “The prices of fuel are variable. We will look into it.”