Farmers’ stir to have no impact on Mumbai: APMC

Agriculture minister Pandurang Phundkar has appealed to the farmers to talk to the government. 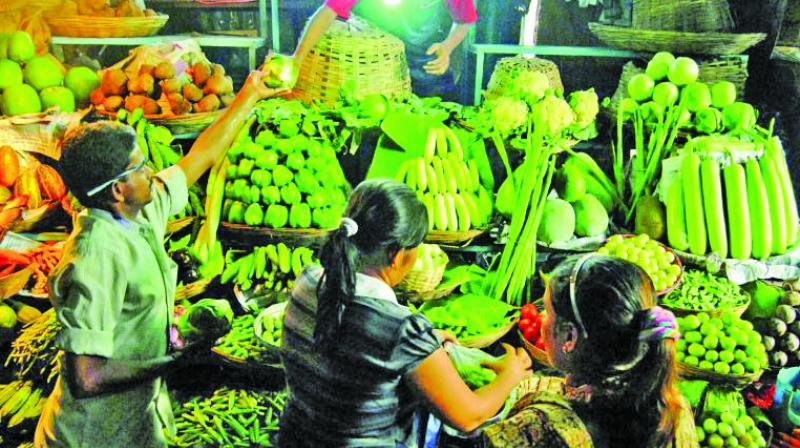 Farmers will go on strike from today.

Mumbai/Nashik: The farmer’s strike from June 1 is unlikely to hamper the supply of essential commodities in Mumbai, as farm stocks from other states are likely to replenish the city markets in cases of shortfall.

According to APMC officials, even though the farmers from Marathwada, Vidarbha, Nashik and western Maharashtra will refrain from getting their produce, the move will have minimum impact as supply to the city is not entirely dependent on these regions.

Due to the decentralisation initiative of the government, fruits, vegetables and dairy products from other parts of the country also make their way to the market, thereby taking care of any gap in supply.

Sanjay Pansare, former director Navi Mumbai APMC, said, “The demand of the farmers may be legitimate but the strike has not been called by the small farmers. It has a political undertone as the Congress and NCP plan to spearhead the agitation.” Another APMC official said that the stir will only aggravate the situation.

He added that while milk cooperatives would be most severely affected, producers of other commodities like cereals, meat and fruits, etc will not be affected so badly as these can be stored for a few days. Pansare said retailers have stocked up for three to four days.

Meanwhile, milk collection centre owner Ravindra Khule-Patil from Wadangali in Sinnar, said, “Dairies have huge stock of packed milk. Dairy farmers will be affected as the animals have to be milked and fed daily. If the farmer cannot sell off the milk, it will spoil as they lack storage facilities,” he said. Senior Shetkari Sanghatna leader, Sandubhai Shaikh said boards were being put up in villages asking farmers to support the strike.

Agriculture minister Pandurang Phundkar has appealed to the farmers to talk to the government. “I am ready to talk to them and resolve their issues. Some of the demands, like loan waiver, cannot be given immediately,” he said.