In an editorial in the party’s mouthpiece Saamana, the Sena slammed the PM for his China visit, saying it had no particular agenda. 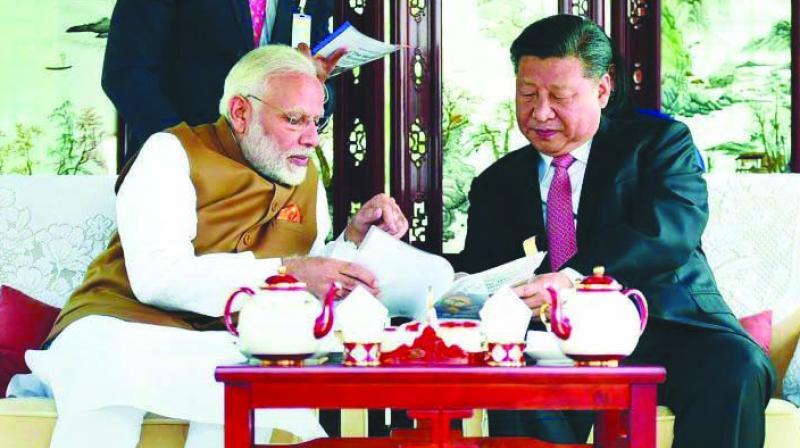 The Sena said visit to China had no particular agenda.

Mumbai: The Shiv Sena on Monday criticised Prime Minister Narendra Modi for not taking up crucial issues with Chinese president Xi Jinping on his recent visit to the country. The issues included Chinese incursions in Arunachal Pradesh, Doklam, Uttarakhand and Ladakh.

In an editorial in the party’s mouthpiece Saamana, the Sena slammed the PM for his China visit, saying it had no particular agenda. The editorial questioned the Prime Minister  as to what he had achieved by such a trip. The ministry of external affairs earlier clarified that none of these controversial issues were discussed during the meeting.

Notwithstanding, the Sena questioned as to why the Prime Minister did not raise important issues such as the China-Pakistan economic corridor and Pakistan’s continued support to terrorism in India.

The Sena alleged that while Mr  Modi had often criticised former Prime Minister Jawaharlal Nehru’s Panchsheel (five points) policy of maintaining cordial relations with China, he was now adopting the same policy. After the bilateral meeting, the Prime Minister said that Indo-China relations can be improved through shared vision, shared resolve, better communication and a shared thought process. And that Panchsheel would bring world peace, stability and prosperity.

The Sena has asked the Rashtriya Swayamsevak Sangh (RSS) what the latter thinks about the Prime Minister’s policy with respect to China.