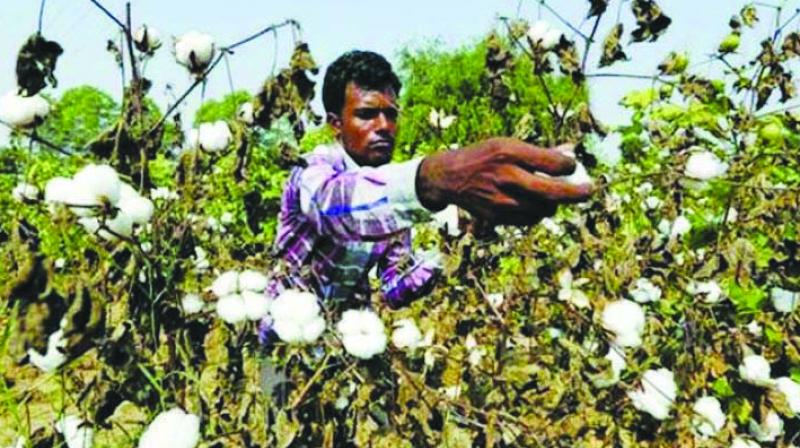 State has estimated the total fund at Rs 3,373 crore

Mumbai: The state government has released Rs 1,100-crore for disbursal of assistance from Wednesday (May 2) to cotton farmers in Vidarbha who had lost their crop to pinkbollworm attack pushing many to suicide.

The government scheme targets providing relief to 45 lakh farmers for which it has sought an estimated Rs 3,373 crore from the Union government.

More than 12.60 lakh farmers have filed claims with the seed companies for compensation, which has not been sanctioned yet. The pink bollworm damaged the crop on 34 lakh hectares of land out of the 43 lakh hectares on which farmers sowed cotton.

Several lakh of farmers have suffered crop loss and are waiting for the government’s financial assistance. The state has sought the Union government’s help as it is facing a financial crunch. However, the Central assistance has been long in coming. Meanwhile, unrest is brewing among the farmers as the incidents of suicide rise.

The situation has forced the state government to begin disbursing funds to the stricken farmers without waiting for the central assistance to arrive. It has sanctioned Rs 1,100  crore for now for the disbursal of the funds to begin on Wednesday.

The state has estimated the total fund requirement at Rs 3,373 crore to cover all the affected farmers which it expects to get from the state government. So though the government declared the compensation scheme, it was delaying the disbursals because of lack of funds.

Meanwhile, 12.60 lakh farmers have applied for compensation from the seed companies and the insurance companies, which have not cleared the claims. Mr Tiwari demanded the government must intervene for speedy disposal of the claims. The farmers expected to get Rs 16,000 per hectare as compensation, Mr Tiwari said.