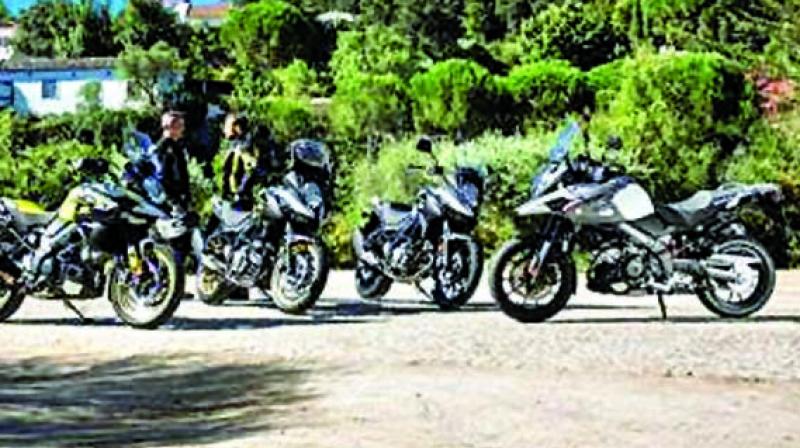 Mumbai: Bikers, who often ride at a high speed and generate loud noise at night due to absence of silencers after modification, continue to give sleepless nights to residents of Bandra-Mahim-Kurla.

However, the local police said if any such modified bike is seized, they issue notices to the owner and ask them to normalise their bikes. Pandit Nivrutti Thackeray, senior police inspector of Bandra police station said, “In the past six months, we have booked over 125 bikers, but since they had proper license plates, they were released on bail. However, their bikes were seized, and the illegal modifications were asked to be removed.”

“The traffic police needs to stop youngsters from modifying the exhaust pipes in their motorcycles as they give birth to massive noise. Most of the youngsters tend to disturb the peace by riding through narrow lanes where the sound echoes even more. They do not care about the inconvenience that they cause to the aged and the sick,” said Anis Zindran, a senior citizen and a resident of Bazaar Road. 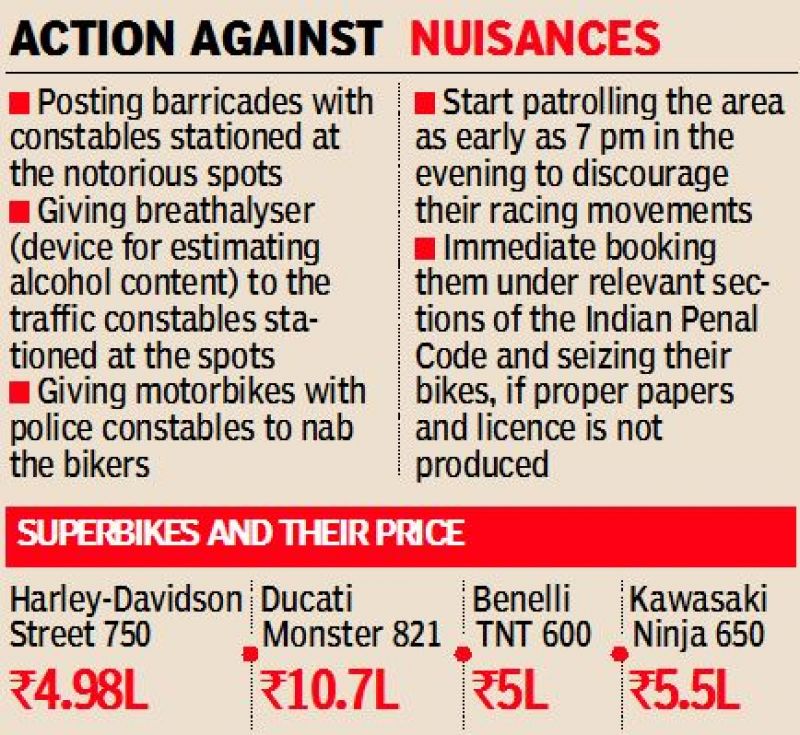 Harshal Nanavare said, “My neighbours and me have called up the control room as late as 4 am in the morning to complain about the ruckus, but their patrolling cars arrive only after the accusers have left the spot.”

Amitesh Kumar, Joint Commissioner of Police (Traffic) said, “To curb the biking menace, we have increased deployment of traffic cops near notorious spots. The bikers, however, fail to stop at the traffic chowky, and the traffic cops do not have super bikes to chase them down. All we can do is issue an e-challan to the rider in case he slides away.”

While talking to The Asian Age, Karishma Mandal, a resident of Kalanagar, said, “The screeching sounds made by the bikes in the middle of the night gives us jitters and we get scared because we think it might be a fatal accident.”

According to the police, number of bikers who participate in road races across the city during the nights are on the rise. Their favourite spots are Carter Road, Bandra Reclamation, Western Express Highway and Kherwadi Flyover. They do not use super bikes but modify their regular bikes while they also remove silencers causing disturbance to locals.

They perform dangerous stunts, race at high speeds and drive close to other vehicles, putting both their lives and that of other motorists on the road at risk