In 2004 the Congress-Nationalist Congress Party (NCP) government announced that it would build a memorial to Chhatrapati Shivaji in the Arabian. 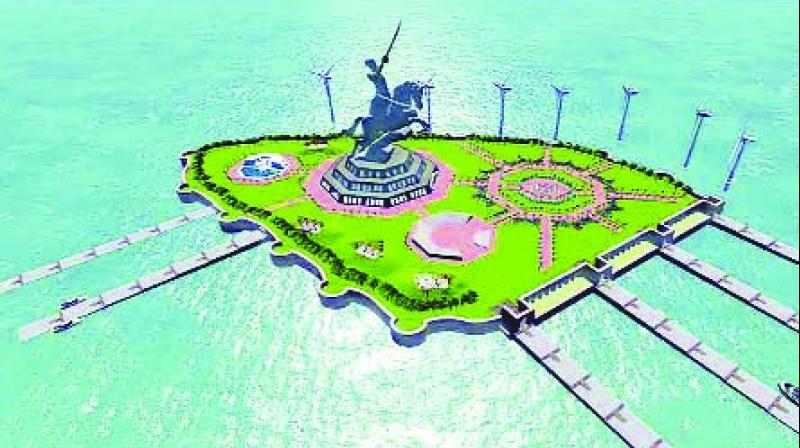 Mumbai: The Maharashtra government is mulling over inviting fresh bids for the construction of the Chhatrapati Shivaji memorial in the Arabian Sea, as the lowest tender it has received — Rs 3,826 crore, from Larsen & Toubro (L&T) — exceeds the estimated cost of phase 1 of the project by a whopping Rs 1,326 crore.

Sources in the public works department (PWD) have said that the government would have to think twice before awarding the tender, as the total cost of the project would increase exponentially. The PWD short-listed L&T for the project, as the firm’s was the lowest tender it had received. However, Reliance Infrastructure and Afcon Infrastructure were also in bidding race.

PWD sources said that if the government finalises the tender, cost escalation would be inevitable. “The department short-listed L&T after scrutinising the tender papers. The Cabinet will give the final approval on the matter. However the lowest tender, quoted at Rs 1,326 crore more than the government’s estimated cost, is likely to impact the overall project cost and hence the government might consider re-tendering,” an official from the PWD said. The cost of the project in the second phase is Rs 1,100 crore. The total cost of the project is Rs 3,600 crore.

While the statue will be 309 feet taller than the Statue of Liberty, the memorial will host an exhibition on the Maratha emperor, an amphitheatre and a library.

In 2004 the Congress-Nationalist Congress Party (NCP) government announced that it would build a memorial to Chhatrapati Shivaji in the Arabian. However, the project has been in limbo, owing to environmental permissions.