The petitioner, Vinay Nair presented letters to the court which the hospital had sent to some patients. 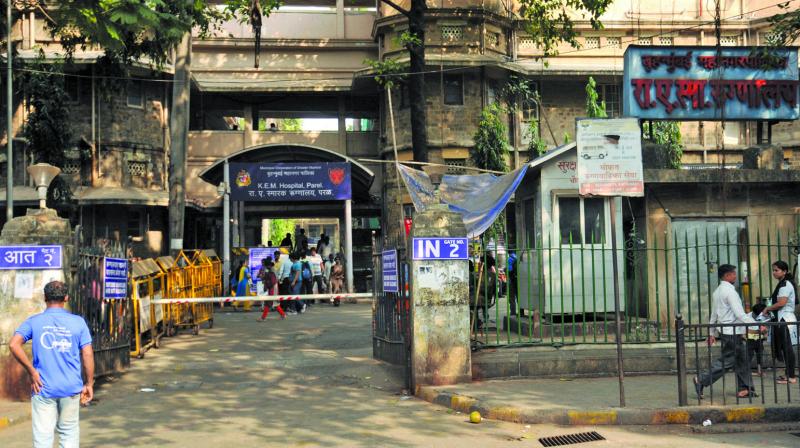 Mumbai: The Bombay high court on Friday directed the head of haemophilia department at KEM Hospital to appear before it and reply to the allegation that instead of providing drugs to haemophiliacs, the hospital in 2016 had referred a number of patients to arrange the same from somewhere else. Haemophilia is a medical condition in which the ability of the blood to clot is severely reduced, causing the patient to bleed severely even with a slight injury. It is typically caused by a hereditary lack of a coagulation factor, most often facto VIII.

The division bench headed by the Chief Justice was hearing a PIL filed back in 2012 seeking direction for the health department to provide for mandatory screening of newborns to ensure the early diagnosis of those afflicted with haemophilia.

During the hearing, petitioner Vinay Nair presented letters given to some haemophiliacs by KEM Hospital asking them to arrange for their drugs from somewhere else. These letters were issued in March and April 2016.

Additional government pleader G.W. Mattos on behalf of the state government claimed that the KEM doctor had recently informed the government in writing that required medicines were provided to hospital for the entire year of 2016.

Following this the bench directed Chandrakala S, head of haematology department at KEM to remain present before the court on April 18 and explain under what circumstances letters were issued.

When contacted, Ms Chandrakal said, “I don’t want to make any comment without knowing what is the matter and what happened in the court.”