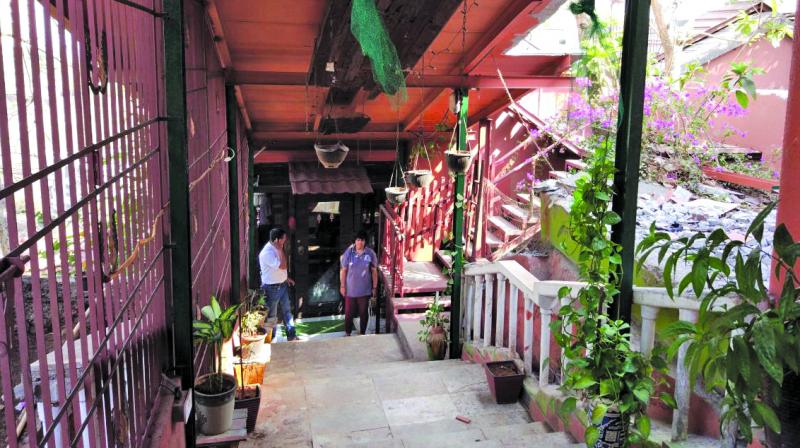 The villa in Royal Palms where a leopard was sighted at around 8am on Friday.

Senior police inspector, Aarey police station, on March 22 wrote a letter to the range forest officer (RFO) of Thane forest department (TFD), asking that leopards in Aarey be caught as there had been sightings of the cats over the past few months. However, the department asked the police to first make available basic amenities including proper lights, street lights, washrooms, garbage disposal etc. which locals have been asking for.

Pawan Sharma, founder, Resqink Association of Wildlife Welfare (RAWW), which has been actively helping locals coexist with leopards, said, “The real issues at Aarey with respect to the man-animal conflict is not leopards as it is living conditions of people living here. Solving such complex issues is not the responsibility of the forest department alone. Aarey Corporation plays a major role in ensuring lights, toilets, garbage management which must be immediately addressed as this kind of mismanagement is favourable to conflicts.”

RFO Santosh Kank said, “Leopards come to places where they see heaps of garbage, a good number of dogs, and dark roads at night. There have been no man-animal conflicts in the past three years.”

Well-known leopard researcher, Vidya Athreya, said, “Whenever an animal is trapped, within a matter of weeks, there is another one in the area. Attacks on people begin when you start capturing and releasing animals. Most number of captures coincided with a large number of attacks in 2004-05. The animals had to be trapped due to huge political pressure. This will only make the situation worse and this needs to be realised by the local police.”

When contacted, senior police inspector Vijay Oulkar was unavailable for comment. Meanwhile, the TFD is  to conduct an awareness program in Royal Palms where a leopard was seen on Friday.