Mahavir Swami is the 24th Tirthankar of the Jain community and Mahavir Jayanti has been celebrated as his birthday since past 200 years. 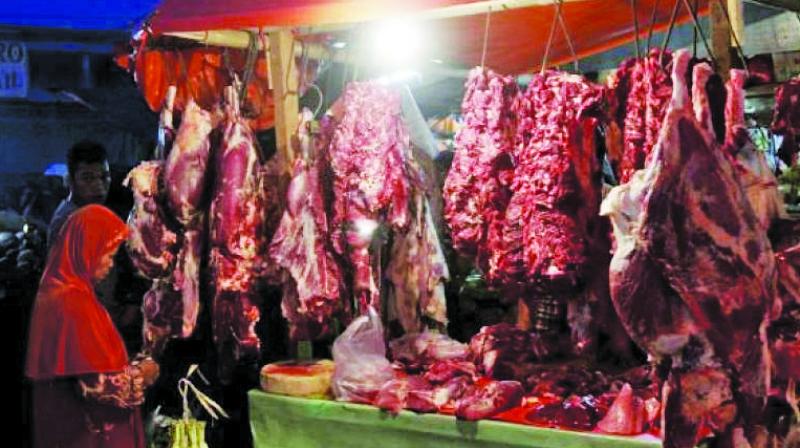 Mumbai: The Bombay high court on Friday dismissed a petition filed by a Jain trust seeking implementation of a circular issued in 2002 by the Maharashtra government directing MCGM to ensure closure of slaughterhouses and no sale of meat on Mahavir Jayanti. The division bench of Justice A.S. Oka and Justice A.K. Menon dismissed the petition on the ground that the state government does not have power to give direction to Municipal Corporation of Greater Mumbai to close slaughterhouses or ban sale of meat.

The petition was filed by Rajasthan Sanskriti Sanrakshan Sanstha and its general secretary Rakesh Surana requesting the court to direct the State, BMC, Director General of Police in Maharashtra to implement circular issued by the State directing the BMC to ensure that all slaughterhouses, butcher shops and fish markets remain closed on Mahavir Jayanti.

The petitioner had also requested the court to direct concerned departments to take civil as well as criminal action against the butcher shops, fish markets, slaughterhouses as well as officers who failed to ensure meat is not sold during the Jain festival.

The petitioner has said that Mahavir Swami is the 24th Tirthankar of the Jain community and Mahavir Jayanti has been celebrated as his birthday since past 200 years. According to the petition, during a rally they noticed in April 2011 that all the meat shops were open and doing business in Govandi despite there being a state government circular in place against meat sale on this day, following which the petition was filed.