Decision was taken to ease pressure on police force who are on security duty. 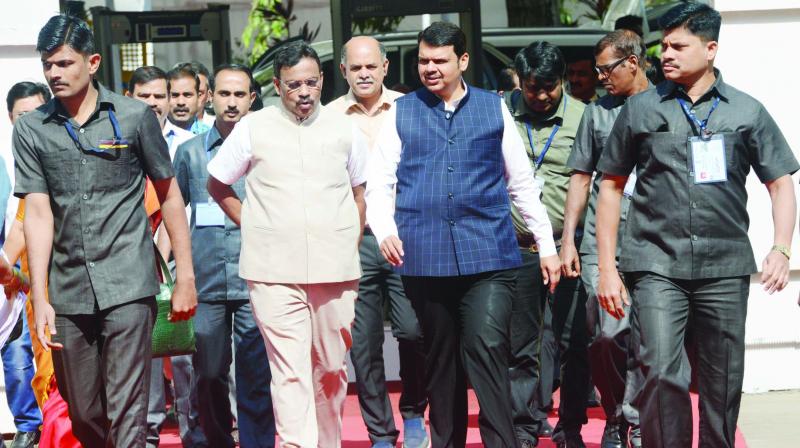 Mumbai: In the wake of high alert in Mumbai, the budget session of the state Legislature was  curtailed two days ahead of its scheduled end on March 2.

Chief minister Devendra Fadnavis said that the decision was taken to ease the pressure on the police force, who are on security duty for the session.

There are about 6,000 police personnel deployed for security purposes in the legislature premises.

“The session could have continued for couple of days but the decision to cut the session short was made to ease off the pressure on the security forces. It was not a panic reaction,” said Mr Fadnavis.

As per the feedback from police, they need more force to be vigilant as Mumbai is the country’s financial capital.

“The Indian Air Force is capable of guarding our borders amid the escalation of tension after the Pulwama terror attack and air strikes on the terror camps in Pakistan. Internal security is also extremely important and we need to be vigilant in every aspect,” said Mr Fadnavis.

Supporting the decision, leader of opposition Radhakrishna Vikhe Patil said, the House was to debate the drought situation in the state in the next two days, but national and internal security are more important than anything right now.

The next legislature session will be held in Mumbai on June 17.