The commissioner will decide the quantum of punishment after the replies to the notices. 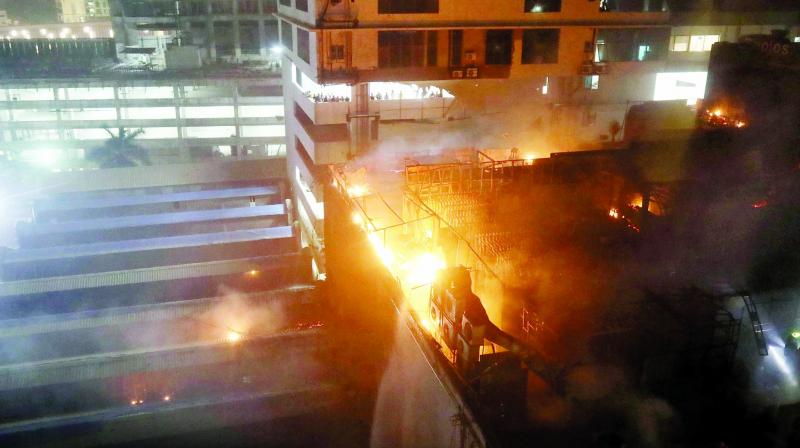 Municipal commissioner ordered to set up an enquiry against guilty BMC officers.

Mumbai: More than a year after the deadly fire in Kamala Mills compound, the final enquiry report has held more three officers guilty who are two assistant municipal commissioners (ward officers) and a medical health officer. This takes the total number of Brihanmumbai Municipal Corporation (BMC) officers found guilty to 12 as the earlier enquiry report had found nine officers guilty for all charges levied against them.

The three officers found guilty in the final report are former G-North ward officers Prashant Sakpale and Bhagyashree Kapse and medical health officer, Dr Satish Badgire who has been suspended from duty since the fire incident. While, Sakpale and Kapse are presently posted to K-East ward and N ward respectively.

The report submitted to municipal commissioner Ajoy Mehta was accepted on Thursday. Mr Mehta remarked on the report, “The two ward officers are found guilty for poor or no supervision, which is serious as supervision of ward level activities is the primary responsibility of the ward officer.” He also directed the concerned officials to reply to the show-cause notice in 15 days and also to expedite the procedure and submit file of earlier nine officers who were found guilty.