Civic activists have alleged that the Mithi river is layered with cement strewn water due to the release of waste water by the RMC plants. 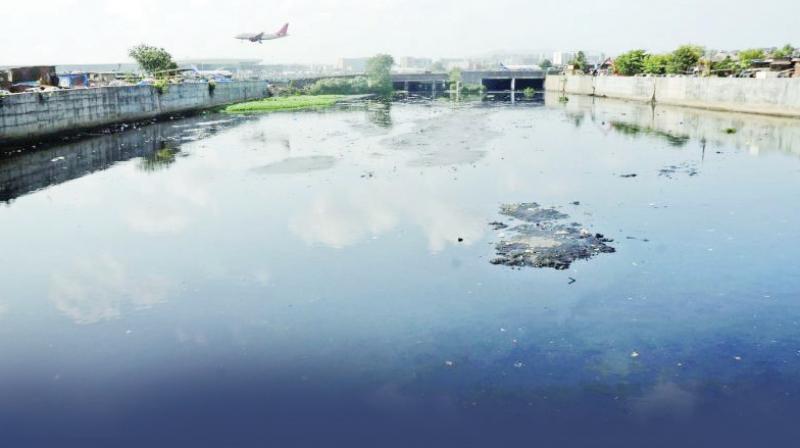 Civic activists have alleged that the Mithi river is layered with cement strewn water due to the release of waste water by the RMC plants.

Mumbai: Corporators have alleged that the Mithi river is getting polluted due to the Ready-mix concrete (RMC) plants located on its banks. The issue was raised by BJP group leader Manoj Kotak in the civic standing committee on Wednesday. “There are RMC plants on the banks of Mithi river at Powai. The cement strewn wastewater released by these plants is causing heavy pollution in the river. The BMC needs to take strong measures to prevent this,” he said.

“In the city too, there are several RMC plants that are doing damage to the environment. These plants are supposed to supply material only to the construction site where they have been set up. But instead, they are catering to other projects also”, he added

Additional municipal commissioner, Sanjay Mukherjee said the BMC would seek details about such plants and take action wherever it is necessary.

Civic activists have alleged that the Mithi river is layered with cement strewn water due to the release of waste water by the RMC plants. This is also causing problems in the cleaning of river, they said.

We have identified many polluting industries including ready-mix-concrete (RMC) plants and marble cutting industries, all located near Marol industrial estate. There are laundry industries, dyes and chemical, powder coating industries, and vehicle service centres without grease chambers in Kurla and along Andheri (east), which are also responsible for dirtying Mithi water,” said Godfrey Pimenta, trustee, Watchdog Foundation.