Police to crack down on narcotics trade on Dark Web

The Dark Web is the World Wide Web content that exists on the Internet but requires specific software, configurations or authorisation to access it.

Mumbai: With the Dark Web allegedly providing a platform for youngsters to buy narcotics from international sources, the Mumbai police cyber cell has started collecting data from the Narcotics Control Bureau (NCB) to crack down on the sale or availability of drugs over the Dark Web in India. In the wake of the interrogation of a few youths who bought LSD dots from four such websites, the cyber police is trying to block them. The transactions on these websites take place via cryptocurrency Bitcoin.

The Dark Web is the World Wide Web content that exists on the Internet but requires specific software, configurations or authorisation to access it. A senior cyber police official said that many high-end expensive party drugs are being ordered directly via the Dark Web, eliminating the peddler as the middleman. However, these drugs are ordered from international markets, and such websites can be accessed only via a few secret search engines. These drugs are brought to India from Holland, the United States and Western Europe. These deals are then finalised after paying in cryptocurrency. 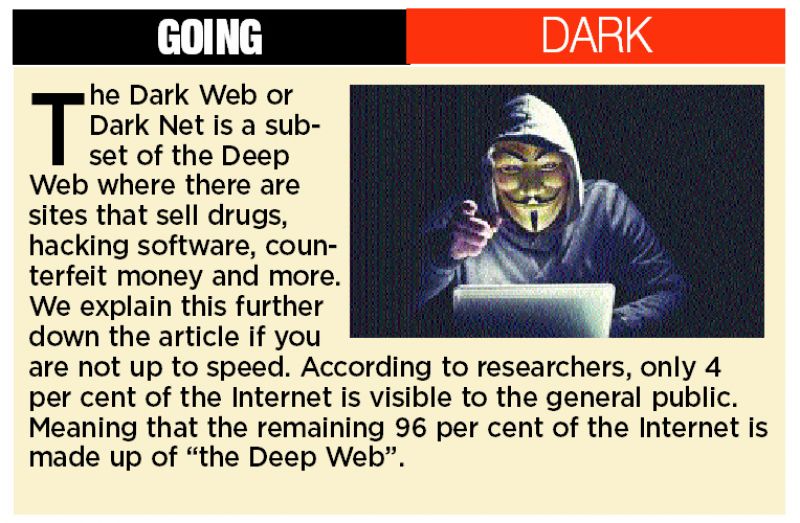 Deputy commissioner of police (Cyber) Akbar Pathan said, “The Dark Web is very much a reality, and efforts to tackle and shut them (illicit transactions) are continuously underway.”

Mr Pathan added, “We received information about the drug deals made via the Dark Web, and we are trying to eliminate them accordingly.”

Haren Das, a cyber expert, said, “The Dark Web is that corner of the Internet that is not easily accessible to the users. However, it exists. These dealers on the Dark Web do not generally try to cheat customers, as they want to increase their client base, and provide loyalty as well as anonymity.”

Another NCB officer said, “The drug deals over the Dark Web makes it difficult to track as it completely eliminates whatever chances we have of a human spy”.