Advocate Khatri urged that the investigation be conducted by sending a police team to Dubai. 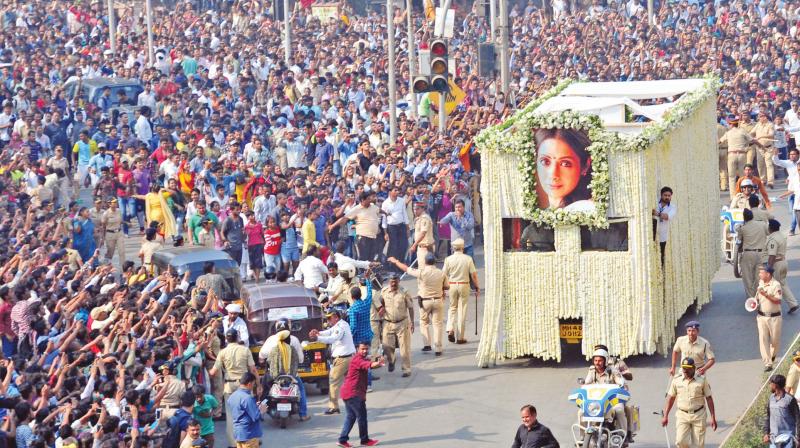 Mumbai: Lawyer Adil Khatri on Wednesday submitted a letter seeking a probe into the death of Bollywood megastar Sridevi at a Dubai hotel last Saturday. Citing the excellent relations between the governments of the two countries, advocate Khatri said that the Mumbai police should opt to investigate into the incident to clear the alleged “mystery” surrounding it.

The letter stated, “Section 174 of the Criminal Procedure Code empowers the police to probe incidents beyond its jurisdiction. Hence, a team should be sent to Dubai to probe the incident.” Police sources said that the letter had been sent to the joint CP (law and order) to take a call on it.

An officer from the Mumbai police requesting anonymity said, “We have received an application in this regard however legal opinion is needed to ascertain the possibility of anything of this sort.”

The letter further read, “A public figure has a public life. People are shocked that something this tragic has happened, and want to know the truth. The fact that one story was given on one day and the very next day, it changed, has left a gap in people’s minds. That is why we, Sridevi’s fans and Indians, deserve answers to her mysterious death. Why should one believe everything that the Dubai police says? In the interest of justice, to put all speculation to rest, the Mumbai police must exhaustively investigate the mysterious death of our beloved Indian actor, Sridevi.”

Advocate Khatri urged that the investigation be conducted by sending a police team to Dubai.