After recording her statement, a FIR was registered at the Uttan coastal police station late Tuesday night. 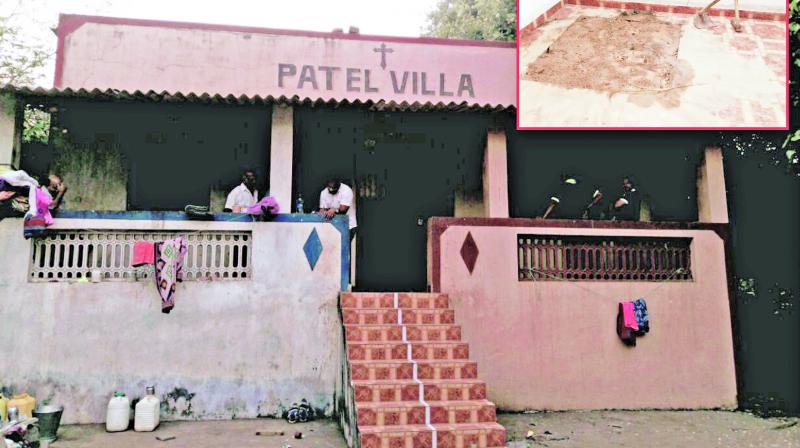 Mumbai: A 57-year-old woman has approached the police with a complaint that her unoccupied house in the Pali village area of Uttan near Bhayandar is being used for black magic rituals after she found a pit in the premises. The complainant, Vazina Patel, is a resident of Kurla. She and her husband Philip had built the house as a second home in the Pali village area of Uttan in 2001. The police said that nothing incriminating was found but it has lodged a case of trespassing against four locals to find out why they dug the pit.

To have water supply, electricity and property tax bills from their second home collected, the Patels had given the keys to an acquaintance, Bona Nunes, who works as a peon in Kurla and lives in Uttan. On January 28, the Patels were informed about some construction material lying outside their house. Since they had not ordered any such material, Vazina immediately reached Uttan and was shocked to find a suspicious looking 4 feet x 4 feet pit which had been created and refilled with mud after removing the flooring of the bedroom.

Sensing something was amiss despite Nunes’ clarification that the pit had been dug to source mud for her aunt, Vazina immediately contacted the Uttan coastal police, seeking police intervention into the matter. “It seems as if our house was being used to conduct black magic and occult rituals. The incident needs to be probed properly.” said Vazina.

After recording her statement, a FIR was registered at the Uttan coastal police station late Tuesday night. Uttan coastal police station in-charge, API Pravin Salunkhe said, “So far nothing incriminating has been found to establish the black magic angle. As of now, we have registered a FIR for illegal trespass against four people including Nunes and three unidentified people. We are on the lookout for Nunes who is untraceable. Once we get hold of him, the exact purpose behind digging the pit will be cleared.”