The court held that there were no two ways to the issue and the BMC needed to decide either to demolish the structure. 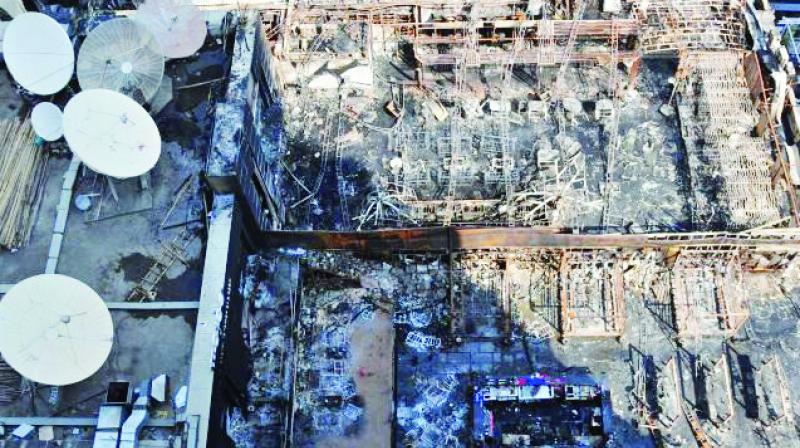 The BMC had sealed a portion of a restaurant, saying it could lead to a tragedy akin to the Kamala Mills blaze.

Mumbai: The Bombay high court has chided the Brihanmumbai Municipal Corporation (BMC) for sealing a portion of a restaurant on the grounds that it was unauthorised and could lead to a tragedy akin to the Kamala Mills incident due to a large number of people who patronise it. The court held that there were no two ways to the issue and the BMC needed to decide either to demolish the structure if it was unauthorised or unseal the premise, the matter could not be kept pending.

A division bench of justices A.S. Oka and P.N. Deshmukh was hearing a writ petition by the owners of a Dahisar-based (east) restaurant claiming that the civic corporation had illegally demolished and sealed a shed that was being used to seat patrons who were in waiting as a result of which their business was affected. The petition further said that despite a city civil court ruling of 2015 asking the owner and the BMC to maintain status quo with regards to the premise, the civic officers had sealed it on December 31, 2017, and hence the petition.

On its part, the advocate for the BMC argued that in light of the Kamala Mills fire and the order of the commissioner to take action against all illegal and unauthorised structures, the officers had sealed the premise.